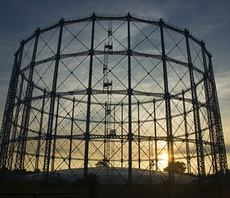 The Tony Blair Institute (TBI) has today published a new paper detailing how Europe could bring an end to imports of Russian Gas in direct response to Vladimir Putin’s invasion of Ukraine.

Titled Cutting the Cord: Ending Europe’s Energy Dependency on Russia argues that the EU and its partners, including the UK, could drastically curb its reliance on Russian fossil fuels if it is willing to embrace a raft of short-term measures and a longer strategic vision for greater energy security.

Echoing a similar analysis this week from the International Energy Agency (IEA), the report highlights how Europe relies on Russia for 40 per cent of its gas imports and 25 per cent of its oil imports. This reliance has meant governments have been unwilling to extend sanctions on Russia to cover energy imports, despite the widespread recognition that the millions of Euros handed to Russian companies each day are helping to fund Putin’s war effort.

Governments across Europe has signalled that they will take steps to curb Russian fossil fuel imports, primarily through increased investment in clean energy and energy efficiency measures, and a major new energy security strategy is expected to be unveiled by the European Commission next week. However, to date few tangible moves have been made beyond the German government’s decision to block the Nord Stream 2 gas pipeline from Russia and steps from the likes of BP and Shell to offload Russian interests.

The new report from the TBI argues that a highly co-ordinated plan is needed to slash Russian imports, respond to higher energy prices, and ensure Russia is not allowed to “mitigate the cost of sanctions through increased revenues from oil and gas”.

“The need for such action is urgent and overdue and we recognise that it will not be easy but with the right political will across Europe and its international partners – we could have another powerful bargaining chip at the West’s disposal: a more diverse and secure energy supply,” the report states. “European countries should be proactively preparing to wean themselves off Russian oil and gas, not only to send a powerful signal to Putin in the here and now, but also to fortify our energy security for years to come.”

The paper calculates that even reducing Russian gas imports by a third this year, as proposed by this week’s IEA report, would result in a $16bn loss to the Russian economy per year.

“The fullest possible response to Russia’s aggression in Ukraine requires putting all viable options on the table,” said TBI head of research and co-author of the paper, Dan Sleat. “Alongside the financial sanctions in place, Europe and its international partners urgently require a long-term plan to cut Europe’s dependency on Russian energy. It is the Achilles heel in our relationship with Russia. Ending this dependency will take time but our reports shows how this can be done, alongside significant short-term steps in that direction.”

Specifically, the report sets out a series of immediate, medium, and longer-term recommendations which it argues could bring an end to Europe’s dependency on Russian fossil fuels, while leaving the door open for a return for some imports in the event Russia ends its aggression against Ukraine and changes course.

It calls for a high level of co-ordination between European governments to develop a credible plan for curbing imports and considers differing levels of reliance on Russian gas. As such, it also argues that governments should “lay out clearly to the public the longer-term payoffs of ensuring European energy security and, where possible, put in place measures to mitigate individual impact”.

In the medium term it calls for a plan to maximise domestic and ‘friendly’ energy sources, including through reactivating shuttered coal or nuclear plans where possible and resuming stalled pipeline projects.

However, it also argues that governments should have a “back-up plan in place to manage domestic energy demand in case of disruption to Russian supplies that primarily targets energy-intensive industries”.

And, again echoing the recommendations of the IEA, the report stresses that in the long  term governments should not “lose sight of decarbonisation goals”.

“Put renewables at the centre of any new energy strategy and explore measures to combat existing supply-chain bottlenecks for renewables,” the report states, while also arguing that “responsibly used nuclear power should form part of a clean, diversified energy base”.

With energy prices climbing and likely to increase further still, the TBI report warns governments may have to accept “short term pain for long term gain”.

“We believe by bringing energy onto the table as part of the wider response to Russia’s actions in Ukraine, we have the best chance both of resolving the immediate conflict, and moving to a stronger footing of maximum pressure on Putin – and minimum threat to our own energy security over the longer term,” the report concludes. “A move away from Russian energy is likely to result in higher gas prices for European countries in the medium term. However, we should be confident in the knowledge that if European governments can withstand short-term economic impact temporarily – and avoid, as far as possible, passing it down to consumers – it will be Putin who suffers the most over the long term.”

It also stresses that in the medium term such a strategy would lead to “a pivot away from Russian energy could encourage a search for new – and hopefully greener – energy sources that could diversify and fortify the continent’s energy security”.

“Any level of action that makes clear Europe is willing to stomach the medium-term hit of curbing reliance will be sending a much-needed message to Moscow immediately, as well as winning us greater, long-term diplomatic freedom,” it states.

The report comes as European governments continue to weigh whether sanctions should be extended to oil, gas, and coal imports, with the under siege Ukrainian government calling directly for a full embargo.

Want to find out more about how the net zero transition will impact your business? You can now sign up to attend the virtual Net Zero Finance Summit, which will take place live and interactive on Tuesday 29 March and will be available on demand for delegates after the event.