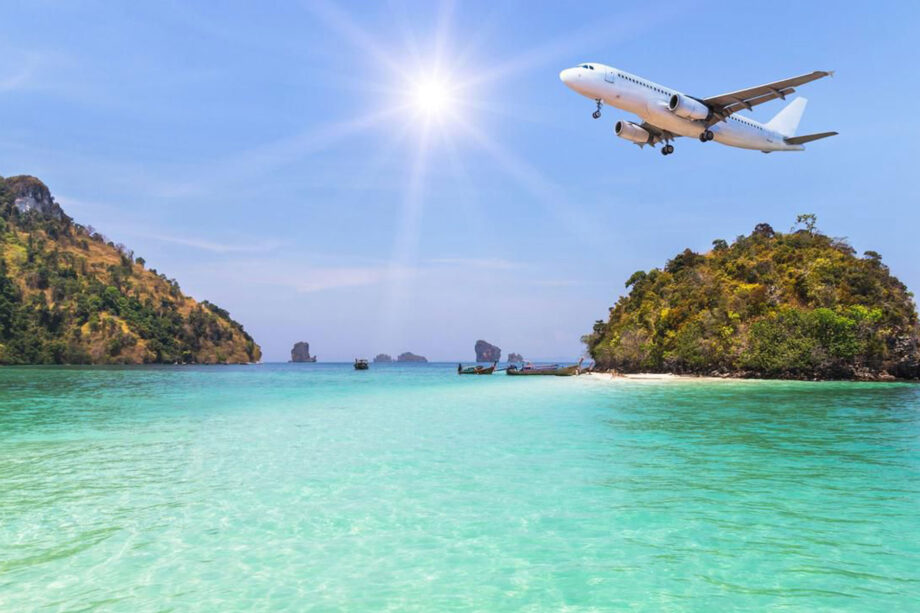 Australians are now considering putting a scantily loaded gun to their credit card, and scooping up ‘cheap’ overseas flights – all while the promise of jet setting internationally in 2022 remains unconfirmed (especially crucial details like when, and where, we’ll be able to go).

Writer, traveller, columnist, and Flight Of Fancy podcast host Ben Groundwater took to Twitter yesterday to share with his followers that he was feeling the free-flowing suction of this “feeling lucky” mindset.

He wrote: “Qatar Airways having a big sale for the next six days (for travel til Sept 2022) if you’re feeling lucky. I just plugged in SYD-BCN next July for fun and it’s $2500 return. Um… bargain?”

Another Instagram user, A Saab, made the same point: “Wow and to think I booked with Qatar in December 2019 return to London for 1.1k.”

Wow and to think I booked with Qatar in December 2019 return to London for 1.1k

Groundwater replied: “That sounds like the era we’ll be going back to! Interesting to see if that changes once travel is actually possible.”

It will all depend on the number of people travelling. Many airlines massively increased the size of their fleets during the boom – they’ll be hoping to get them all back in the air and not on the scrapheap.

Another Twitter user, Christian Schweitzer, weighed in too, opining: “I suspect we’ll see an increasingly shorter lead time between booking and actual travel because of traveller hesitancy, confusion of rules, regs and refunds or risk perception. This would have profound impact upon travel suppliers that previously enjoyed significant early demand.”

Though that is a good point, there are still a number of Australians with itchy feet on Twitter who appear not to be so deterred, and who are talking about taking a leap of faith.

It’s not just Groundwater contemplating whether to book a holiday for next year, in the hope that it doesn’t get cancelled, either.

In response to another Tweet he put out this morning, many Australians threw their thoughts at the (Twitter) wall, explaining where their heads are at regarding booking a holiday for next year.

Aiming for Japan & Taiwan as soon as able. Thinking that might be Q2 2022. Also hoping to go somewhere warm during July 2022 – Pac Islands or Malaysia. (This afternoon I’m going to the mailbox to check for mail… been saving that trip up for a few days 😂)

“Aiming for Japan & Taiwan as soon as able,” one Twitter user wrote. “Thinking that might be Q2 2022. Also hoping to go somewhere warm during July 2022 – Pac Islands or Malaysia. (This afternoon I’m going to the mailbox to check for mail… been saving that trip up for a few days.”

“I really want to go to Japan spontaneously as soon as the borders reopen, so thinking next year,” another wrote. “It feels like the perfect travel location that’s possible on short notice – amazing food and cultural experience, shopping, the flight isn’t too long, everything!”

UK end of 2021 or early 2022 to see my elderly parents – like many I’ve been separated from loved ones abroad for over 2 years. Hoping to see int borders open so you no longer need an exemption to fly, home quarantine on return, and more and cheaper flights. A girl can dream!

Others said they wouldn’t consider the risk of booking now, and needed more assurances.

Yeah absolutely. Plus wait to see how trigger-happy Australia is with international borders.

“I want to know more about returning quarantine requirements before booking anything too,” one wrote. “Even 2 weeks home quarantine could be difficult for school etc.”

Others were bolder, not exactly claiming they are up for booking their flights right now, but saying they are on the brink of it.

I’ll book for December this year to UK if exit ban is removed. Not fussed about return conditions though. Hopefully home quarantine at worst.

“I’ll book for December this year to UK if exit ban is removed,” one wrote. “Not fussed about return conditions though. Hopefully home quarantine at worst.”

Then there are other Australia based travel lovers like Immanuel Debeer, who have already rolled the dice and gone overseas, and will take their chances on coming back.

Closer to home, Guardian journalist Brigid Delaney today took to Twitter to ask: “Am I being too optimistic booking a family holiday in Port Fairy, vic in late January ? (Coming from nsw),” showcasing just how much uncertainly there is in the travel industry Down Under right now.

God, I hope not. Book it, important to hold onto hope right now

At the time of writing, Qantas flights from Sydney to Heathrow are going for $3,000 (return) around Christmas time…

Considering those times of year are usually quite sought after, that’s not bad indeed. Certainly beats the extortionate prices seen during the various passenger cap squeezes we’ve seen over the last 12 months, where one-way flights from London to Sydney were allegedly being slung for as much as $43,000.

It’s a shame, then, that booking a 2022 overseas flight right now is still a little bit of a Russian roulette like exercise, with your ability to actually complete it depending on a number of things, including our vaccination rate hitting 80%, our government sticking to its word, and authorities not being too trigger happy regarding whatever developments in the pandemic may come next year (and potentially putting things on the table, then taking them off again).

More to the point, where will Australians seriously, realistically be actually able to go? Pollies are sowing what appears to me a lot of false hope with a paucity of detail. @bengroundwater https://t.co/FTKyS556c7

Anthony Dennis, Travel Editor of The Sydney Morning Herald, in response to another Twitter thread discussing this topic this afternoon wrote: “Pollies are sowing what appears to me a lot of false hope with a paucity of detail.”

Other Twitter users have shared some of the inconveniences that occur when you have to change the dates of your trip.

I had a (relatively cheap) Qatar trip booked to Spain for this month (yay). Only because of entry requirements I can’t go (boo). Called them to change dates – plus US$500 per seat. Uh. No thanks.

@qantas I just booked a flight to London (yippee) but there’s a error/quirk in my booking I’d like to discuss. Literally just made this so don’t want to cancel and get a voucher as I need the flights! Can someone help? It’s not eligible for phone support apparently

At least in the meantime, we can live vicariously, reading about such things as expats’ wildest Gojek experiences in Bali, and the embarrassing mistake every tourist makes in France.