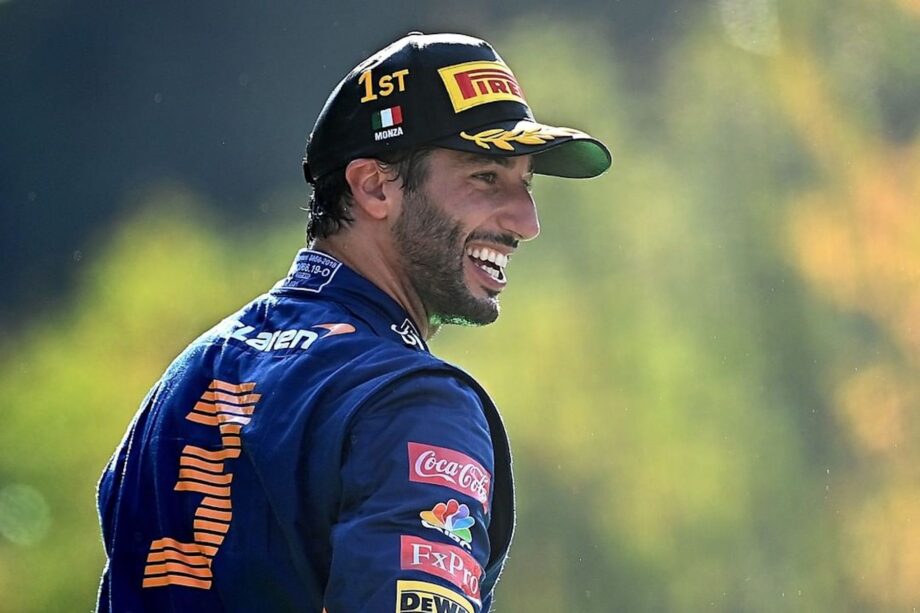 It’s been a long time coming, but Daniel Ricciardo is finally back where he belongs: on top of a Formula One podium.

The affable Aussie F1 champ has had a rather rough go of things over the last few years. Since leaving Red Bull for Renault at the end of 2018, only to jump ship again to McLaren at the end of 2020, Ricciardo has struggled to find consistent success. The first half of the 2021 World Championship was shaping up to be somewhat of a write-off for the Perth native, as he seemed slow to adjust to the new car and team. Many commentators had already written him off; stick a fork in him, he’s done.

But was the outcome ever really in doubt? They say you’ve got to dress for success, so if you were paying attention to Ricciardo’s outfit on Friday, you’d know that he was always going to succeed. The typically fairly understated racer was spotted wearing a pair of $2,000 AMIRI jeans ahead of qualifying… Dropping that much coin on some distressed denim seems ludicrous, but maybe it was a good omen. That’s what we think, at least.

Ricciardo rounded off the look with some Revenge X Storm sneakers (like a designer version of Vans) as well an ‘Enchanté’ t-shirt from his own merch line. Surprisingly, he decided to forgo his $1.2 million Richard Mille RM 50-03 Tourbillon Split-Seconds Chronograph he got when he joined McLaren… Maybe he didn’t want to jinx things by being too lavish?

AMIRI is a cult designer label founded by Los Angeles native and renowned fashion designer Mike Amiri, known for its rock-and-roll aesthetic and lavish takes on classic American fashion staples such as varsity jackets, baseball caps and of course, denim jeans. Other celebrities who are a fan of his work include Axl Rose, Justin Bieber, Steven Tyler and Anthony Davis.

Ricciardo’s win at Monza brings him to 8 total Grand Prix wins, putting him ahead of legends like John Surtees (6 wins), Keke Rosberg (5 wins) and Bruce McLaren (4 wins), tieing him with Denny Hulme and Jacky Ickx, and just one win behind Australia’s previous F1 hero Mark Webber as well as current F1 driver Valtteri Bottas. Of the 17 Australians who have ever raced in F1, he’s the fourth most successful, behind Webber, Alan Jones (12 wins) and Sir Jack Brabham (14 wins).

While it’s funny to joke about his expensive jeans, his win in Italy is a testament to how hard work pays off. Ricciardo might be known as F1’s biggest personality and a bit of a comedian, but the upbeat Aussie is serious when it comes to his racecraft. He works hard to stay fit and on top of his game, and his dedication clearly pays off.