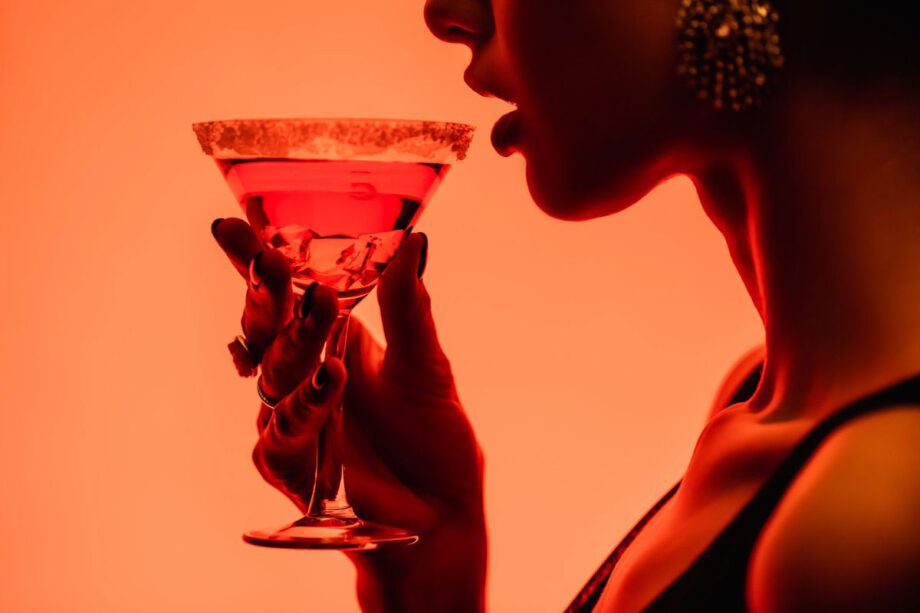 It’s easy to find a no fuss tequila at your local bar if you live Mexico, but for those of us wanting to enjoy the fiery liquid overseas, there is a whole world of buzzwords, celebrity endorsements, and Kendall Jenner to navigate.

There are a few mistakes we gringos make. The main one being that, regardless of price, we often don’t really know what we’re drinking.

Though we have a romantic vision of what’s burning our throat, with palabras like artisanal, agave and boutique ringing in our ears (and sitting on the label of the bottle), there’s actually a big problem in the industry with regards to transparency.

As Elle wrote in August, “Sure, there’s the red hat variety, the production for which we don’t really linger on because it’s cheap and usually has the intended effect of getting people very drunk, very quickly. But for the sort of tequila that you sip with intention, take as a dinner party offering, or treat your friends to, most of us have a specific vision of its birth: Deep in the hills of Jalisco, fields of blue Weber agave plants reach maturity.”

“Closely guarded family recipes are consulted, piñas are pressed by tahona, brick ovens caramelise the sugars, all of it painstakingly presided over by a seasoned maestro. You’re imagining that the liquid in your glass has been lovingly curated, hand-reared and fattened like a Wagyu calf, attended to as it ages, like a riddler daily turns each champagne bottle. And you’d be right. There are plenty of tequilas still made in this way, or in some variation on this general theme. But many, many are not.”

The industry is allegedly rife with tricks. Some aren’t that much of a big deal. But some are.

Elle reports, “From chemically accelerating the agave’s ageing process and diluting the product with low-cost sugar-based spirits, through to reliance on undisclosed synthetic additives to mimic natural flavour profiles, there are widespread tequila industry practices that you might not be aware of.”

“And throwing money at the situation is no guarantee that the tequila on the table is additive-free or made in the traditional way that you pictured. There’s every possibility that your favourite top-shelf tipple was mass produced in a factory along with 20 other brands. And the flavours that you had assumed were unique to the plant, process or ageing barrel are actually artificial.”

“While none of this is illegal, certain tequila activists have begun voicing their concern about implications for health, the environment, the preservation of Mexican culture and the spirit of transparency,” (Elle).

So here’s a thread of Mexican tequila brands you should support instead of Kendall Jenner’s, Nick Jonas or Dwayne Johnson’s. pic.twitter.com/lL4TexGTuY

DMARGE recently quizzed Alex Lacroix, Co-Founder of Siempre, to get his thoughts.

First off, we asked about celebrity endorsement. While some are highly suspicious of this ‘Clooney Craze,’ Alex actually credited it with doing some good.

“Well, first off, it has contributed to tequila’s widespread popularity over the last 24 months and that has advanced the industry quite a bit, we applaud that.”

He also said that, if you are enjoying what you drink, even if it’s been fiddled with a little, it’s not necessarily that big of a deal.

“Second, though we appreciate, purchase, make and promote good tequila that is made without cutting corners, we always tell people to follow their palates. If you like tequila, you like it, no matter how it’s made!”

“I may cook a grass-fed steak at home and roast organic veggies as an accompaniment but you could also find me at In-N-Out burger on occasion.”

So maybe the most classically gringo mistake we make, is actually obsessing too much over the detail, rather than just enjoying things that taste good?

Alex also shared a few more of his thoughts on the celebrity tequila trend.

“After Casamigos [George Clooney’s brand, which has been praised for using traditional brick oven method] was purchased by Diageo, it’s rumoured that they started using a diffusor – Prospero also openly uses a diffusor as well, far from traditional or even sustainable practice.”

“Diffusors bypass the brick oven altogether and shoot acid into extremely young agave to soften them and commercially extract sugars for fermentation, creating the need for non-native additives. Tragic, really.”

He added: “We need to be mindful of the marketing language used by agencies that really don’t know the ins and outs of the business. It takes research beyond the surface to really understand what’s happening. A brand, for example, could build a tiny distillery, produce a batch once a year, then continue to purchase tequila from a distillery next door and claim they are small batch and have their own distillery.”

Though checking a bottle’s NOM (a seal showing where it came from) used to be a good way for savvy consumers to get wise to these kind of tricks, Alex tells us that’s not always going to help you.

“We won’t name brands that do this – but be wary of ‘ghost’ distilleries that only name one brand in production. Also, regarding a distillery mass-producing or having many brands on their NOM, this may be irrelevant depending on the brand’s involvement and whether or not they are running their own batches or simply purchasing the house product and using finishing techniques to differentiate it from others.”

Alex said, contrary to looking at a brand’s NOM, you should do some other things to figure out what you’re drinking.

“The number of brands to a NOM isn’t really a tell. Begin to look at the production methods listed, rate as many tequilas as you can, and begin to formulate your own opinion. You may not even like some of the tiny producer’s products, nor might they actually produce a good-tasting product or even use traditional methods.”

“Just like music, every genre isn’t for everyone and just because a band lives in a van and is still ‘underground’ it doesn’t mean they make great music. But: it is important to understand what you are signing up for when you chose to support a brand and its core values. That being said, some of our favourites these days are Viva Mexico, Fortaleza, Cascahuin, Calle 23, Lalo and G4.”

“Sometimes when it’s in a fancy bottle, you’re just paying for the fancy bottle, but that’s not always the case. Get familiar with what a diffusor brand tastes like and try before you buy! Also, educate yourself. We suggest some great classes and books provided by Tequila Aficionado and The International Tequila Academy – absolutely great, unbiased sources to educate yourself.”

Alex added: “The truth is, less than 1% additive is perfectly legal and at times it’s completely natural and makes for a deeply enjoyable product, other times it’s a foreign sweetener or flavour.”

He also said, if you want to get hands-on, you can use your fingers to learn about what’s in your glass.

“We touch the tequila before we drink it, dip our finger into the glass and rub your fingers together to see if it sticks, from there, smell and see if you get an alcohol forward smell or if you smell pure agave.”

We then asked him whether smaller, boutique producers are always better than larger, more industrial companies. Alex said the line is blurred, citing Jose Cuervo as being “ultimately family-run.”

“Not the best gauge looking at it that way, and on the opposite side of the spectrum, Patron is very corporately run and produces an extremely ethical, well-made product.”

“Try to search beyond what’s written on the bottle and see who owns the brand. Generally speaking, when it’s owned by a giant conglomerate, you’re in muddy waters but there are exceptions like Corazon (Sazerac), Patron (Bacardi), and El Tesoro (Beam) who are very well produced.”

Looking to the future, Alex told DMARGE he thinks there will be a trend of “limited editions that focus on production methods rather than packaging.”

“Different yeasts, agave from different regions, different still cuts, and interesting barrel aging and blends of this sort. The bad brands will weed themselves out and most who don’t put the heart and effort in die before they hit 20,000 cases sold.”

His final words of advice? Taste all you can and develop your palate: “Form your own opinions, do your own research and go beyond one source. If you use Tequila Matchmaker, that’s a great start but be sure to follow other tequila reviewers to cross-reference.”

Brain sufficiently tickled? Might be time for a glass of tequila…