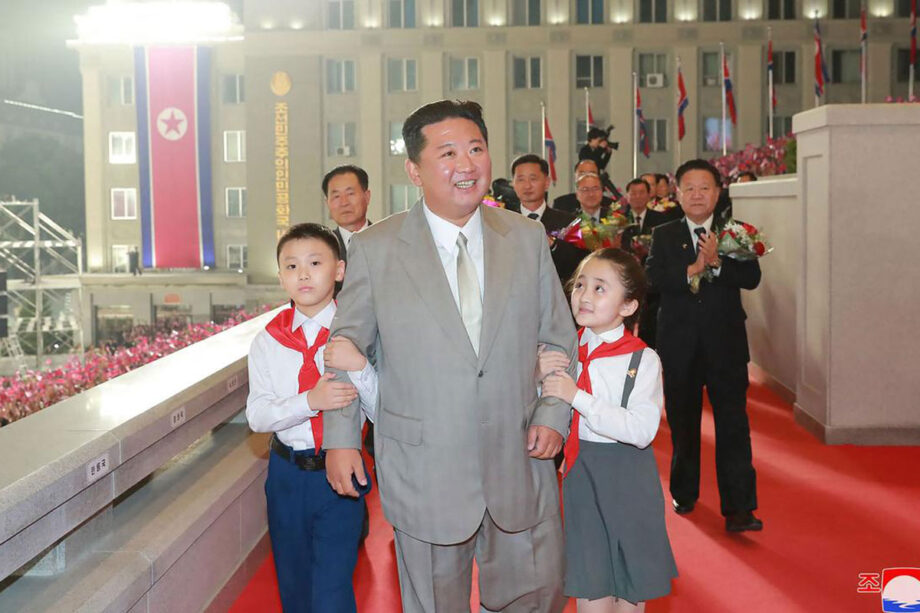 In a bit of a change from talking about which celebrities are wearing which clothing brands, or rocking million dollar watches, some big news this week is the sight of a much slimmed down Kim Jong-un. With the global pandemic still wreaking some havoc around the world, it seems the Supreme Leader of North Korea has had to invest his time elsewhere, away from allegedly ordering executions or furthering the development of his country’s nuclear weapons program.

Attending a military parade in the country’s capital of Pyongyang this week, to celebrate North Korea’s milestone 73rd anniversary, Jong-un provided shutterbugs with much to dissect. Not only did Kim Jong-un attend the parade looking slimmer than ever, but a crowd of public health workers marched in it, all dressed up in hazmat suits and gas marks, perhaps suggesting the country hasn’t actually got rid of Covid-19, contrary to reports.

But it’s the news that Jong-un has lost weight that has journalists around the world (from Bloomberg to The Guardian) gobsmacked.

News.com.au, cites North Korean journalist Martyn Williams as saying, “It’s striking how much healthier Kim Jong-un is looking in these photos from yesterday, however he is doing it — and there are theories — he looks a lot better than he did a few months ago.”

North Korea has a long-held reputation for covering up stories, reporting manipulated information, or just not releasing details of any activity at all. With his health clearly being seen as a private matter, the manner of Kim’s weight loss is also being held under lock and key, perhaps only being released at the push of a big red button.

Previous images of Kim Jong-un in his larger days have shown him with a bandage on the back of his head, which evidently wasn’t the result of a hair transplant, but led some to speculate his health was in a deteriorating state.

If you’d like to take more of a peek into life in North Korea, check out these epic photos by this Australian photographer.

Check out this old-timer below who’s proof you’re never too old to start working out. [Watch video]