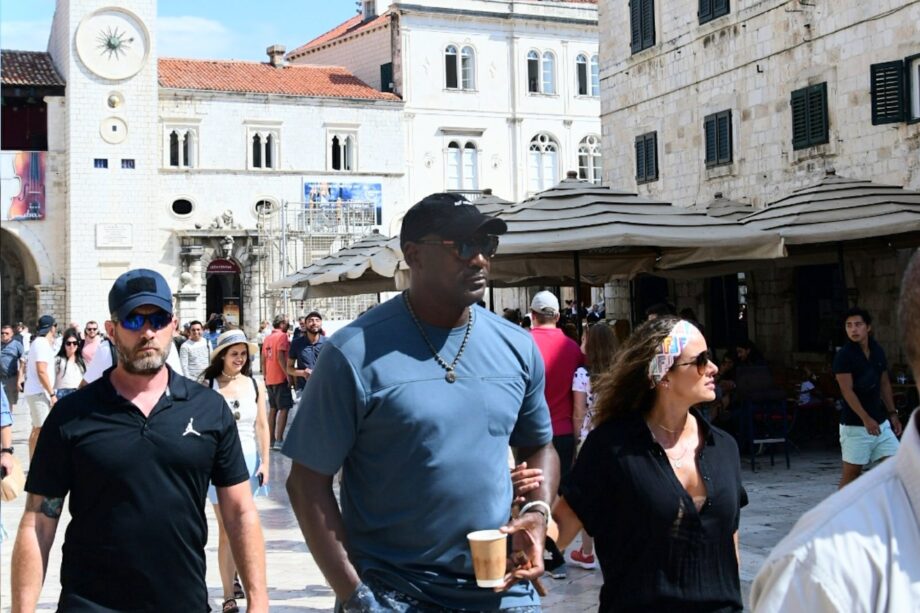 International travel might be off the cards for Australians right now but it isn’t for Americans, and many of the world’s most famous celebrities have taken advantage of their freedom to travel in order to jet off to Europe for the summer.

Michael Jordan is no exception. The greatest basketball player of all time and one of the wealthiest athletes in the world, MJ’s got enough clout (and cash) to go just about anywhere he wants… And buy any watch he wants, too.

So where did Jumpman choose to holiday this year? Croatia. A highly underrated tourist destination that’s seen a bump in popularity in recent years – in no small part thanks to the fact key scenes from Game of Thrones were filmed there – Croatia is summery and charming, with quite a Mediterranean vibe (despite the fact that it lies on the Adriatic). It’s probably not the first place you’d expect a basketball superstar to head to for a European holiday… But a great choice nonetheless, and a testament to MJ’s impeccable taste.

The watch he was spotted wearing wasn’t the first thing you’d expect him to rock, either. The 6ft 6in 58-year-old was hard to miss as he strolled the streets of sunny Dubrovnik with his wife, Latin-American model Yvette Prieto, and his watch was hard to miss, too – a shockingly white Rolex Daytona customised by Bamford Watch Department. Talk about heat.

Bamford Watch Department is one of the most famous high-end watch customisers on the planet. These days, Bamford has an exclusive relationship with LVMH, and mostly works with their brands such as Bulgari, Girard-Perregaux or Zenith – but Bamford rose to fame customising Rolexes, especially Daytonas like Jordan’s.

Jordan’s watch is called the ‘Polar Edition’. Using a ref. 116520 Daytona as its base, the Polar Edition features a proprietary Graphite Particle Coating and a customised dial featuring the Bamford logo. Not only does the coating look cool (literally) and add a unique textural element to the watch’s case, but it also provides an additional element of scratch resistance, meaning it’s quite a practical as well as visually dramatic modification.

Customised luxury watches from outfits like Bamford’s can be quite a divisive topic. Some people revile them, arguing that they cheapen (both aesthetically and literally) watches and are a hallmark of bad taste. Others argue that they’re simply making the watches that brands can’t or won’t make, and that the customer should be able to do whatever they want to their watch.

That said, a watch from a respected customiser like Bamford – especially a customisation as tasteful as this one – is a very different sort of thing than a watch that’s been crassly blinged-out by some third-party jeweller or some hackjob done at home. Again, it shows that Jordan’s a cut above the average basketball player, both when it comes to performance on the court and collecting high-end timepieces.

Check out some of the best watches of the NBA below

The 7 Best Shower Beers To Always Keep in Your Fridge

I Took A 1,000km Road Trip Across The UK In An Electric Car. That Could Never Happen In Australia