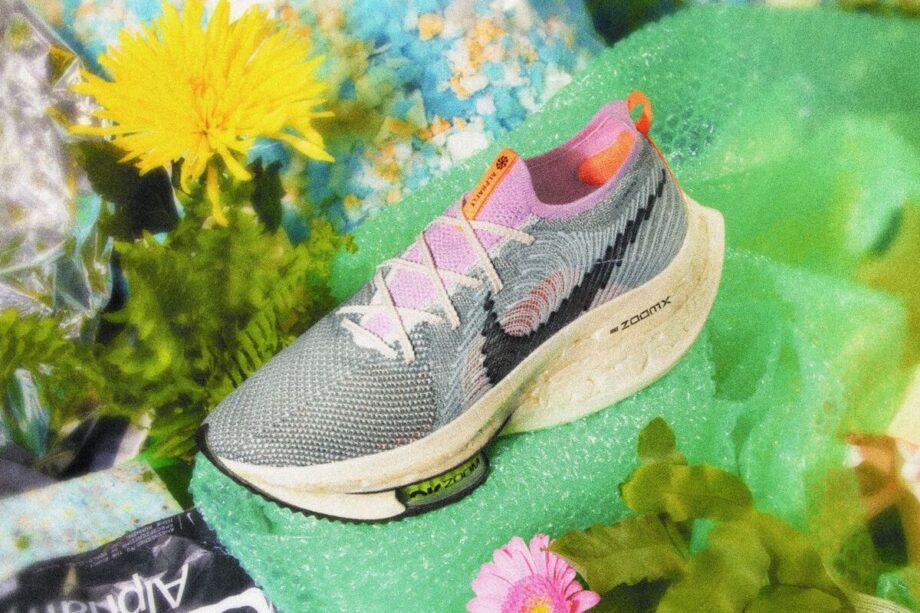 There’s never been a better time to be in the sneaker business.

Not only has sneaker culture absolutely exploded in recent years, but the lockdowns that COVID-19 has wrought on us have, rather paradoxically, inspired many around the globe to take up regular exercise (if not for health reasons but because it’s one of the only ways you can socialise during this pandemic) – meaning that sneaker sales are looking rather healthy.

But our society’s growing obsession with sneakers comes at a huge environmental cost. Sneakers are some of the most CO2-intensive clothing items to make. This is made worse by their high rate of turnover – especially by athletes, both amateur and professional alike. As Juney Lee, a lecturer, designer, researcher and marathon runner, explains: “globally, almost 24 billion shoes are produced each year, with 90% of them likely discarded within 12 months. That’s almost 22 billion pairs of shoes every year.”

Nike, the world’s biggest sportswear brand and the epicentre of sneaker culture – both from a style and performance perspective – has done much in recent years to make their production processes more sustainable. As of 2018, 75% of all Nike shoes and apparel now contain some recycled material, and all of its North American facilities are powered by 100% renewable energy.

Their latest innovation is particularly special. Named the Nike Air Zoom Alphafly Next Nature (try saying that five times fast): a version of Nike’s highest performance shoe ever that’s mostly made out of garbage. But trash it certainly ain’t.

The original Nike Air Zoom Alphafly Next shot to fame as the trainers that helped Kenyan long-distance runner Eliud Kipchoge set the world record time of 2:01:39 at the 2018 Berlin Marathon – an event that made headlines around the globe which also sparked significant controversy, with many claiming that these Nike ‘super shoes’ gave him an unfair advantage.

RELATED: Best Running Shoe Brands For Men That Will Get You Over The Finish Line First

Other elements of the shoe that contain recycled materials include its carbon fibre shank, foam insoles and the signature Nike Air Zoom bubbles in the forefoot.

“The exciting thing about pushing performance and sustainability forward with the Alphafly Next Nature is that we know if we can do it with our most pinnacle performance product, then so much is validated to bring that technology into the rest of the line,” Rachel Bull, Senior Footwear Product Director for Nike Running relates.

That Nike is able to make their highest performance shoe ever also their most environmentally friendly ever is a total masterstroke. There’s simply no other way to put it.

The other thing that’s rather admirable about the Alphafly Next Natures is that they don’t shy away from the fact that they use recycled materials in their design. Instead, it highlights them; makes them a thing of beauty; something to actually covet instead of feel like some sort of greenie compromise. It shows that performance, fashion and sustainability can all coexist.

The only thing that might put customers off is the price. Nike haven’t formally announced a release date or pricing yet, but a pair of normal Alphafly Nexts already cost a hefty AU$370, and we’d be surprised if the Alphafly Next Natures were any cheaper – if anything, they’ll cost the same or more.

Still, can you really put a price on saving the planet, while being fast as f*ck at the same time?

The post Nike’s Latest Runners Are Complete Trash… But People Will Still Buy Them appeared first on DMARGE.