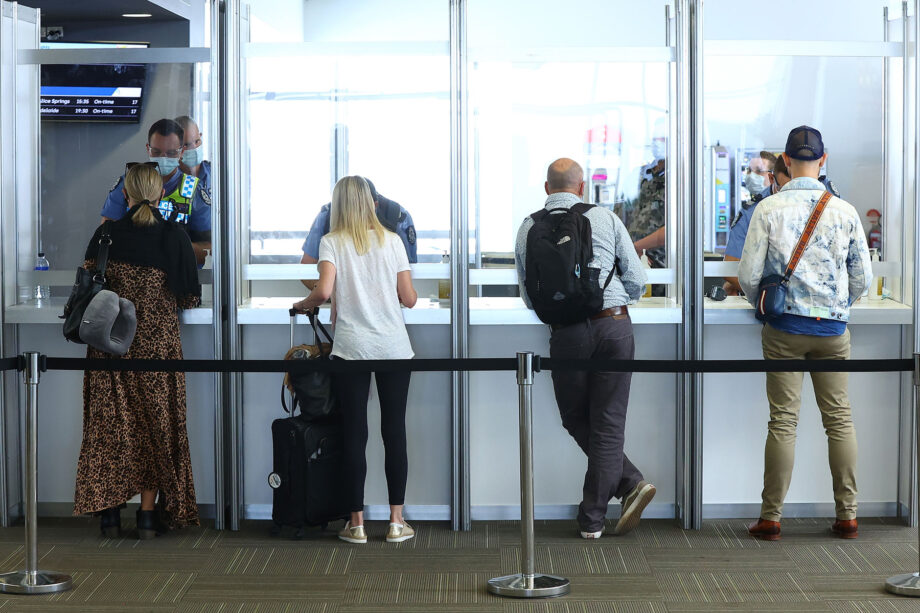 Qantas isn’t mucking around when it comes to who it ferries back and forth the globe.

The airline’s CEO, Alan Joyce, has said multiple times now that Qantas is going to ban unvaccinated passengers from getting on the carrier’s international flights, when borders open.

His latest comments came while speaking to the Trans-Tasman Business Circle, which is a strategic growth partner for the region’s leading organisations in the private and public sector.

Joyce said Qantas is expecting only vaccinated passengers will be allowed to travel overseas and that the airline would implement policy to reflect that.

“When you vaccinate people, you will probably be able to enter into a lot of these countries,” he said.

“And Qantas will have a policy that internationally, we’ll only be carrying vaccinated passengers, because we think that’s going to be one of the requirements to show that you’re flying safe in getting into those countries.”

“We’re hoping that can happen by Christmas.”

7news.com.au, Traveller, The Age and news.com.au have all reported on Joyce’s comments, with their respective followers responding in various ways on Twitter.

Many were glad to hear it, applauding the airline’s stance.

Good! Now also ban them from interstate travel and open up the borders!!

“Good! Now also ban them from interstate travel and open up the borders!!” one Twitter user wrote.

Others made such remarks as “the right approach,” “enough said” and “excellent.”

Not everyone was so stoked.

Alan Joyce woukd be better suited to running the North Korean air service. Qantas is a national carrier not a medical regulator.

One user wrote: “Alan Joyce would be better suited to running the North Korean air service. Qantas is a national carrier not a medical regulator” (to which another said: “Qantas is a publicly owned company. The can set their own rules. If you don’t like them, fly with a different airline or stay home”).

7news.com.au reports that Joyce has also said the likely first overseas routes will be to “markets that have the same level of vaccination as Australia, at that stage.”

“That should be markets like the UK, North America, Japan, Singapore, Fiji.”

“We think that could be achieved by Christmas, if the states keep to the national plan.”

Joyce also indicated Qantas is hoping vaccinated Australians can undergo home quarantine upon return from overseas, rather than being put into a hotel for two weeks.