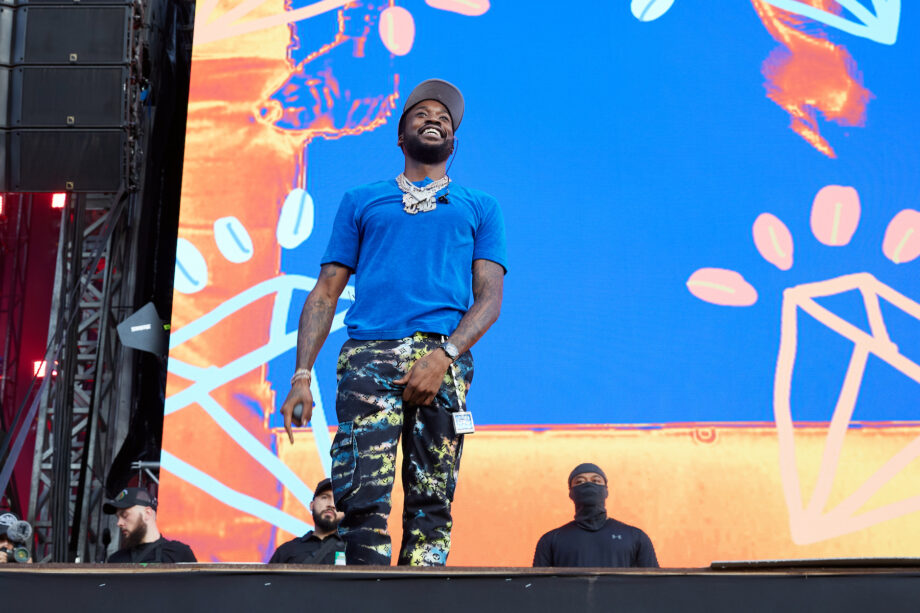 Hip-hop and high-end watches go together like Moët and Maybachs. Rappers love talking about and collecting timepieces, with some brands getting regular shout-outs in song lyrics and titles: Patek Philippe, Hublot, Rolex…

Another watch brand that’s a favourite of the hip-hop elite is Richard Mille. Founded in 2001 by the eponymous French watchmaker, Richard Mille timepieces have quickly become part of the highest echelon of haute horologerie. Instantly recognisable thanks to their distinctive tonneau shape; highly technical construction and design; celebrity endorsements from the likes of Felipe Massa, Margot Robbie and Pharrell Williams; and an unmistakable air of exclusivity, a Richard Mille watch is like a ‘sports car for your wrist’ (and are priced accordingly).

He was also wearing an Audemars Piguet Royal Oak Openworked, but who cares about that – a Richard Mille pocket watch? You’ve got to be kidding me.

The name of the watch tells you everything you need to know: it features a hand-wound tourbillon movement with a power reserve of around 10 days which features not only a power reserve indicator but a function indicator that shows the winding, neutral and hand-setting positions as the crown is pulled out. Meek’s example features a titanium case, but the RM 020 is also available with a rose gold case.

According to Richard Mille, “the rhomboid shape of the chain links is a clear reference to the Column of the Infinite by [Constantin] Brâncuși, the brilliant 20th-century sculptor. In the presence of this piece, we oscillate between the two utopias of absolute time and infinite space.” Very high-falutin’.

Richard Mille is known for making some of the highest-tech timepieces in the world, so a Richard Mille pocket watch is such a bizarre anachronism that it’s kind of brilliant.

RELATED: This 1940s Cartier ‘Watch’ Might Be The Most Unique Timepiece You Ever See

Richard Mille has form when it comes to making oddball non-watch things. Their most famous non-watch creation is easily the Porte-Bonheur Clock, a 3.5m tall, 2.5m wide, 1,913kg city clock created to celebrate the 400th anniversary of Quebec City that’s on permanent display in front of the Canadian city’s town hall. They also make a mechanical fountain pen called the RM S05 that has its own movement which retracts and extends the pen’s nib. Now that’s baller…