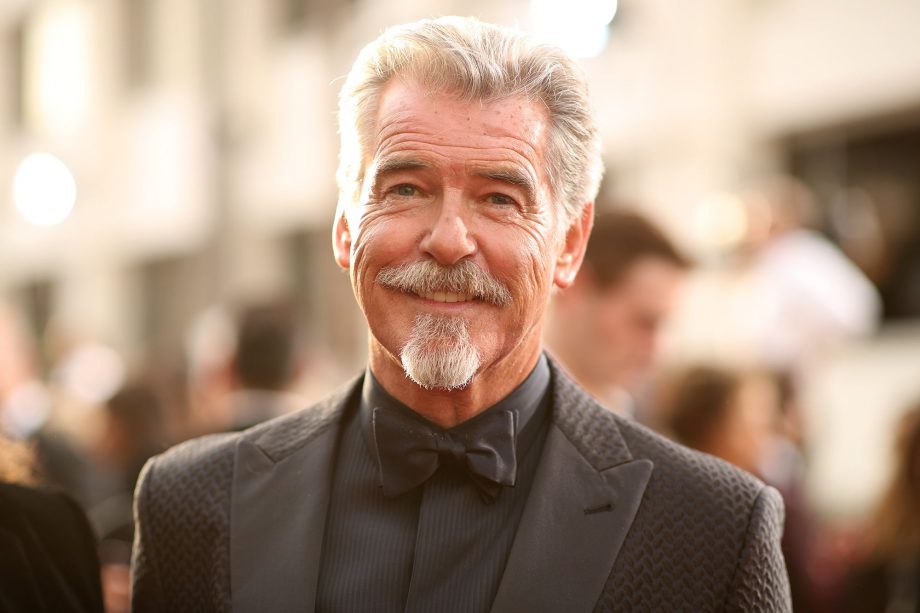 We’re surrounded by conflicting messages when it comes to finding love in 2021.

From one side we’re told we don’t need it – loving yourself is the answer (and more likely to make you more attractive to potential suitors).

On the other, we are led to believe success is one giant Ferris wheel of casual sex; that marriage and monogamy are outdated.

Then there’s the third side – commitment and loyalty – which sometimes gets overlooked as it’s not so flashy.

We’re not here to judge which of those three suits you best. But a recent viral image of Pierce Brosnan is here to remind you that the third is still an option.

Posted recently to Instagram account @original_news as well as a host more news outlets, aggregators and social media pages, the image shows Pierce Brosnan and his wife Keely Shaye Smith in a classic ‘then and now’ comparison.

Original News shared the image with their followers with the following caption:

“Pierce Brosnan, Agent 007 and model Keely Shaye grow old together. Extra pounds, baldness, white hair. They have shown that love can do everything, even more than physical. The physical is temporary and love is forever. Remember that as you see yourself, others will see you too. Be happy and don’t worry about a few extra pounds⁠.”

“It should be the normality and instead it is news .. how sad this new world.”

“The first photo is very beautiful, but the second is marvellous.”

The photo was also shared by Instagram account @freeda_en, which wrote: “We often hear people talking about growing old together, but what does it really mean?⁠ Of course, for everyone it can mean different things, but generally speaking growing old together means accepting each other as we are: whether that means a change in appearance or picking up new habits.”

“Moreover, any couple that grows old together knows that the way love and affection is shown changes from when we were younger. But, of course, this interpretation is different for every one and no two couples are the same. What we do know for sure is that we need to show respect for one another, as well as listen to each other’s needs⁠.”

Similar comments appeared beneath this photo, too.

Though some couldn’t believe their eyes (“really not the same people here,” Instagram user @mellow_ela_solo wrote) many others were inspired by this everyday insight – and sad it was deemed ‘unusual’ enough to make the news.

“My mind is so influenced by weight loss or fitness success stories, that I thought at first it was an inverted before and after post. I sighed in relief when I saw that it was actually something meaningful,” Instagram user @vegan.gourmand wrote.

“100% i was so skinny when i met my partner and lots of meds causing serious weight gain and 5 years later he still loves me just as much if not more,” wrote another.

“This is love,” another user commented.

Brosnan consistently updates his Instagram with glimpses of his marriage.

A mundane message we can all learn from.

The post The Pierce Brosnan Dating Lesson Every Man Can Learn From appeared first on DMARGE.