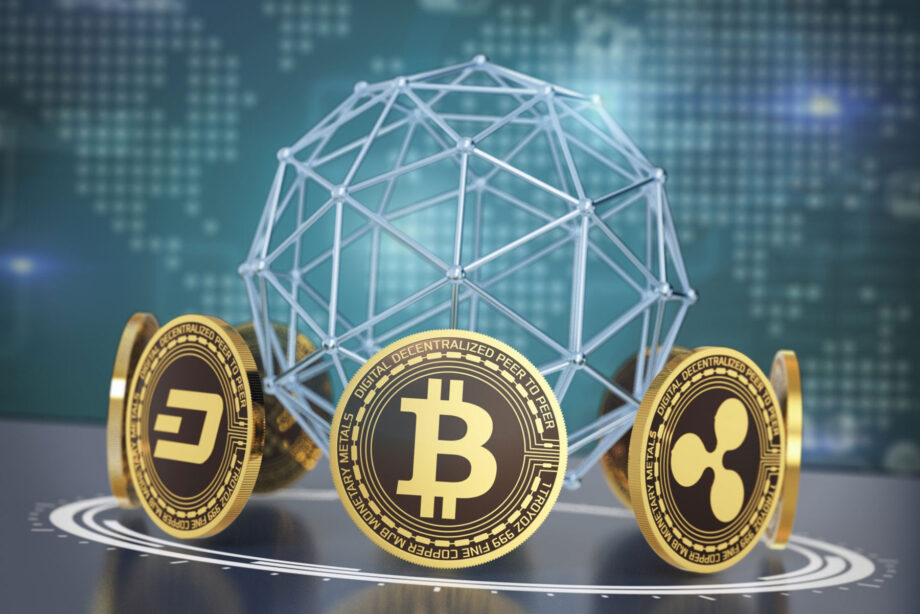 Popularity in crypto has risen quicker than your nan’s soufflé, and, while it can most definitely be deemed a volatile market, a lot of people are jumping in without reading the safety signs.

But whether you personally believe there is much real value beneath the hype, or whether you are a firm sceptic, some experts in the crypto space believe it could one day become our default method of payment, allowing us to say adios to cash and potentially even debit and credit cards.

A crypto expert speaking to news.com.au recently claimed Australia alone has amassed around $7bn worth of crypto assets, and said that crypto could “surpass traditional finance in Australia as early as 2029.”

Citing a report by Finder.com.au, the article also reveals that crypto is proving particularly popular with young people, with 31 per cent of Gen Z (anyone born after 1997) owning some form of crypto asset. It’s this figure that is causing some experts (emphasis on some) to predict crypto will become a default method of payment within the next 10 years.

Part of crypto’s appeal to a younger audience could well be down to the fact it’s new and (somewhat) uncontrollable, so, without wanting to sound ageist, younger people are more likely to have the capacity (and inclination) to understand how it all works. If you’ve tried dabbling in the minefield that is crypto to no avail, you can check out a recent DMARGE article reflecting on the ‘safest’ way to invest in crypto (or the disastrous time we invested $1,000 in speculative shit coins and got spanked).

Moving on from spanking… to find out if there is any genuine claim to crypto ever dominating traditional finance, DMARGE spoke exclusively with eToro market analyst Josh Gilbert.

Josh says anything is possible: “it could mean both [becoming more popular than other trading methods, or becoming the dominant form of payment], but we are starting to see further adoption of crypto assets as a form of payment, especially from high profile businesses.”

“Key players such as Goldman Sachs and Banco Santander have shown positive sentiments towards blockchain and crypto on multiple occasions, indicating a general trends towards open standards in corporate banking.”

“This week (this article was published on the w/c 6th September), payments provider Worldline announced it has made crypto payments accessible to 85,000 merchants in Switzerland.”

“The partnership will allow some 85,000 Swiss merchants to accept payments in bitcoin or ether at the point of sale. We can expect to see more providers enable crypto in the coming months, leading to further adoption.”

“Despite its sell-off in March 2021, as an asset class, bitcoin is still the best performing asset year-to-date. This is why investors are continuing to see the benefits of investing in crypto, despite the volatility and high risk level.”

“It’s anticipated that crypto will have a much more significant role to play in the future. For example, in the last 12 months, the European Central Bank (ECB) issued a 100 million Euro bond on the Ethereum blockchain.”

As for whether Josh believes crypto could genuinely become one of our main methods of payment, he said: “The global pandemic further highlighted the need for digital currency.”

“People and businesses need access to money fast. Digital wallets could allow for far easier distribution of financial aid or unemployment benefits – not just for individuals, but affected small businesses as well.”

“Governments around the world are exploring ways of rolling out digital currencies with most central banks discussing Central Bank Digital Currencies (CBDCs) or stable currencies. Most are still in the early stages of development, but El Salvador is the first country in the world to adopt Bitcoin as legal tender, with the asset being accepted in McDonalds, Starbucks, and local stores across the country.”

Josh adds that he’s not quite sure how payment is being accepted in countries such as El Salvador, but we asked him if we could potentially buy products or services for less. If something cost $100, for example, and you’d invested $20 into Bitcoin which saw it’s price rise to $100, could it be possible to sell this, make a profit and then buy that product with your profit.

“I’m unsure of how things are being priced there. If things are priced in USD, then yes this works, but if assets are being priced in BTC then no. It’s likely that places accepting Bitcoin will price assets in Bitcoin to avoid the mismatch between the two. But the idea is right, if you buy $100 worth of BTC and tomorrow it’s worth $120, you have more purchasing power.”

The reverse is also true. Which, as the market crash which followed El Salvador’s switch showed, hurts.

“The continued adoption of crypto assets is certainly expected to see a global rollout in the not too distant future,” Josh said. “However, trust is still an important factor as many consumers are still now aware of the benefits of crypto assets.”

“Increased regulation will help to facilitate greater use of technology that can deliver real benefits to the financial services sector, as well as facilitate greater financial inclusion globally. eToro fully supports regularly measures designed to protect and educate investors.”

Josh says that in 2021 we’ve seen a higher number of investors adopting crypto as an asset class, and that the rise of crypto can be “put down to adoption.”

“Although adoption is a word used a lot, it’s a focal point of building trust and seeing crypto assets used on a broader scale.”

“The technology and innovation of crypto assets is the primary driver of price. Blockchain technology has the potential to change our financial system and make it accessible to the whole word, even in essentially unbanked regions.”

“The benefits of crypto assets such as smart contracts, that allow financial applications to be created and the sheer speed of tractions, are becoming more prevalent than ever, and the more we use the technology in crypto assets, prices will continue to rise.”

Not everyone is convinced crypto could one day replace the dollar, however, with this pcmag.com article citing Dr. Kenneth Geers, External Communications Analyst for Very Good Security, as saying, “There are risks specific to cryptocurrency, such as lost hardware, lost passwords, hacking, scamming, and extortion.”

“Central banks protect investors and citizens, Bitcoin exchanges may not. Governments will be hesitant to let go of the dollar, of their authority.”

He also noted how crypto can sometimes fall foul to not being quick enough, adding, “Visa can process over 70,000 transactions per second, while Bitcoin would manage just a handful.”

“There is no doubt that cryptocurrency is a game changer. But in the near term, it will not replace the US dollar. In the long term anything is possible, but expect government resistance.”

Others refute this, pointing out criminal activity, scams, and hacking occurs all the time with the US dollar, and that there is a growing industry of crypto coins, which process transactions significantly faster than Bitcoin, like Cardano, Bitcoin Cash, Polkadot, Stellar, Chainlink, BNB, Tether, Monero and more.

The post Will Cryptocurrency Really Dominate ‘Traditional Finance’ By The End Of The Decade? appeared first on DMARGE.