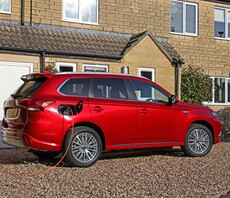 All homes and office buildings built in England will soon be equipped with electric car charge points, under proposals designed to ramp up the number of chargers across the country ahead of the 2030 phase out of new fossil fuel vehicles.

The government has confirmed it plans to introduce regulations this year that would mandate that all new-build properties in England with a car parking space are fitted with an electric vehicle (EV) charge point.

Under the new rules, all new homes and officers must include ‘smart’ charging devices that can automatically charge vehicles at times when electricity demand is low.

The law would make England the first country in the world to require all new homes to have EV charge points, according to the government, which said it intended to publish the results of its recent consultation on the plans soon.

A perceived lack of EV charging infrastructure is frequently cited as one of the key barriers preventing drivers from making the switch from fossil fuel vehicles to EVs, alongside the high sticker price of electric models.

The plans received praise from across the green economy, with business leaders and analysts noting the move would ramp up the supply of EV charge points while helping drivers reduce their energy costs and minimising peak time demands on the grid.

Nigel Pocklington, CEO of clean energy company Good Energy, said it was a “no brainer” that new homes and offices should be equipped with EV charge points.

“Flexible charging at home and at workplace during the day is going to be crucial to decarbonising not just transport but the UK’s entire energy system,” he said. “As will better energy efficiency, electrified heating and solar power on 13.5m homes — we hope to see all these as part of the plans for new homes, too.”

Jess Ralston, analyst at the ECIU think tank, expressed hope the move could lead to the government exploring how building planning rules could be further updated to encourage uptake of other clean technologies crucial to ramping up energy efficiency of homes. “This is encouraging,” she said on Twitter. “A sign of things to come?”

So this is encouraging. A sign of things to come? 🤞https://t.co/qKLF2GElkl

In related news, Bridgestone EMIA, the world’s largest tyre and rubber manufacturer, this week announced plans to install up to 3,500 EV charge points across its European retail and service network within five years, after inking a deal with EV charging solutions company EVBox.

The news also follows World EV Day yesterday, which saw a flurry of EV-related announcements, including the launch of a new government-backed app that will help drivers assess whether switching to an EV would be suitable for them.