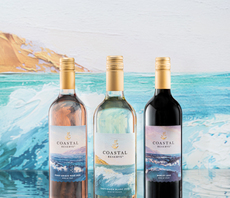 Global wine manufacturer joins RE100 renewable energy initiative, as Diageo confirms its emissions targets have been approved by the Science Based Targets initiative

Treasury Wine Estates, the global wine giant behind popular brands such as Penfolds, Blossom Hill and Coastal Reserve, has joined the RE100 global renewable power initiative, confirming plans to switch to 100 per cent renewable electricity across its global operations in the next three years.

TWE has already begun installing solar panels and solar hot water technology at some of its vineyards around the world and is now moving to ramp up its use of renewables across its estates and facilities, according to Kirsten Gray, chief corporate services officer at the company.

“We have more than 12,700 hectares of vineyards globally, so we understand the importance of managing and planning for the impacts of climate change – not only as a global premium wine producer but also as a responsible business that operates in communities all around the world,” she said.

Gray confirmed that TWE’s commitment to RE100 was accompanied by plans to reduce the company’s energy consumption and undertake wider measures to minimise the environmental impact of its wines.

Electricity accounts for around three quarters of TWE’s Scope One and Two emissions, which result from its own operations, and as such the switch to 100 per cent renewables will provide a major boost to the company’s plans to slash its emissions to zero by 2030 as part of its broader sustainability agenda.

TWE joins a host of leading brands in signing up to the RE100 initiative, which asks joining members to set targets to switch to 100 per cent renewable energy, with a minimum requirement of achieving 60 per cent reduction by 2040 on track to securing 100 per cent by 2050.

In other industry news, Diageo, the drinks giant company behind Johnnie Walker, Smirnoff and Guinness, this week announced it has had its climate targets been approved by the independent Science Based Targets initiative (SBTi).

The company had previously announced a goal to achieve net zero emissions for its Scope One and Two emissions by 2030 against a 2020 base year, while also halving its its indirect value chain emissions, or Scope Three, by the same date.

The SBTi, a global framework that independently validates whether businesses’ emissions targets are compatible with the goals of the Paris Agreement, approved the targets as being in line with limiting global warming to 1.5C. The news comes in the same week as the group similarly approved targets for global consultancy giant PwC, beds brand SilentNight, and parent company of Birds Eye, Nomad Foods.

And in further industry news, CEO of alcoholic beverage company Pernod Ricard, Alexandre Ricard, announced this week a partnership between the brand and the International Union for Conservation of Nature that aims to bring together different public and private sector actors to develop commitments to sustainable agriculture. The company behind Absolut vodka and Havana Club is the first corporate partner to support the Agriculture and Land Health Initiative.

Latam Still Unprepared to Deal With Crypto Crime and Scams, According to GFI Report