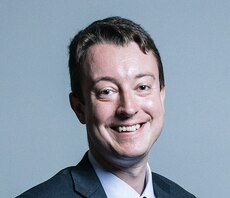 Long-standing champion of the net zero transition, Simon Clarke, to take up critical role as Chief Secretary to the Treasury

Simon Clarke, a long-standing champion of the net zero transition and clean technologies, has returned to government as Chief Secretary to the Treasury, as Boris Johnson looked to complete a major reshuffle of his government and prepare his top team for a crucial autumn that is set to be dominated by the net zero and levelling up agenda.

The news came as Number 10 also announced that Greg Hands is to become the new Minister for Energy and Clean Growth, moving from his current position at the Department for International Trade.

However, there were significant changes elsewhere within the government’s green ranks with Michael Gove replacing Robert Jenrick as Housing Secretary, Anne-Marie Trevelyan promoted to Trade Secretary from her role as Energy Minister, and Liz Truss promoted from Trade Secretary to Foreign Secretary.