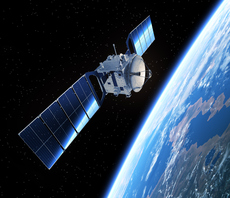 Greenhouse gas emissions from oil and gas production and refining in the world’s leading economies could be collectively almost twice as high as official estimates, according to fresh data released today based on real-time satellite observations.

At present, Climate TRACE said it was likely that over one billion additional tonnes CO2 per year — more than the annual emissions of the 100 lowest-ranking emitting countries combined — may have gone uncounted by countries that aren’t required to report their oil and gas emissions regularly.

As such, it claims its satellite-based research findings could help to fill critical knowledge gaps for all countries that rely on the current “patchwork system” of self-reporting that serves as the basis for most existing emissions inventories.

The coalition said it aimed to unlock “an era of radical transparency by identifying precisely when and where emissions are produced, enabling leaders to pinpoint and prioritise where to focus decarbonisation efforts for maximum impact”.

The inventory released today uses satellites, remote sensing, artificial intelligence (AI) and machine learning to provide estimates of greenhouse gas emissions from the more than 100 countries that currently lack access to comprehensive emissions data from the past five years.

The coalition said it analysed 59 trillion bytes of data from more than 300 satellites, more than 11,100 sensors, and numerous additional sources of emissions information from all over the world to inform the research.

It comes less than two months to go until the crucial COP26 climate change summit in November, ahead of which countries are expected to come forward with enhanced emissions reduction plans, and Climate TRACE said it hoped the data released today could help inform world leaders’ negotiations in Glasgow.

“For far too long, climate action has been hindered by a lack of independent, verifiable data on emissions,” added Gore, a convening member of the Climate TRACE coalition. “Climate TRACE is built on the notion that we can only manage what we can measure. We are helping to create a level playing field for everyone who wants to take an active role in reducing emissions – from government ministers and regulators, to investors and business leaders, to journalists and citizen activists. This new era of radical transparency will put everything out into the open.”

The coalition was first launched in July 2020 after securing a grant from Google, it now counts 11 non-profits, tech companies, and universities within its number. More than 50 additional organisations from around the globe have also contributed by providing access to datasets and additional AI models, reviewing Climate TRACE methodology, and validating findings, it said.

Backed by funding and support from Generation Investment Management and Google, the project has been expanded to cover not just power plants, but all major sources of greenhouse gas pollution, according to Climate TRACE.

Other findings from the research include data indicating that forest fire emissions have more than doubled in Russia and the United States since 2015, which would mean that forest fires in the two countries combined now generate more carbon emissions than to two countries together now emit more from forest fires than Brazil, which has itself seen a surge in devastating fires across its vast Amazon region in recent years.

Shipping and aviation, meanwhile, emitted a combined total of nearly 11 billion tons of CO2 between 2015 and 2020, which would make these two sectors combined the fifth largest emitter in the world, if they were a country, according to Climate TRACE.

The research also found emissions from steel production worldwide resulted in 13.1 billion tonnes of CO2 between 2015 and 2020, equivalent to the total emissions of the UK and Japan combined over the same period. And while emissions from steel fell in almost every country over the period, they rose in China, where they are also expected to rise yet further by another 158 million tonnes of CO2 this year, it estimated.

Emissions from rice production may also be higher than previously thought in several countries. If the Climate TRACE data is correct, rice emissions may even be almost three times higher in India’s than that set out in the most recent official inventory from 2016.

Gavin McCormick, executive director of coalition convening member WattTime, said the latest satellite data could help the world to get a better understanding of emissions, and therefore to deliver tailored solutions to decarbonise. “Big data, artificial intelligence, and satellites are shaping people’s lives in so many ways, from shopping to smart home assistants to navigation,” he explained. “Now we’re all applying this technology’s potential to one of the most important issues of our time: the climate crisis. We’ve established a shared, open monitoring system capable of detecting essentially all forms of humanity’s greenhouse gas emissions. This is a transformative step forward that puts timely information at the fingertips of all those who seek to drive significant emissions reductions on our path to net zero.”