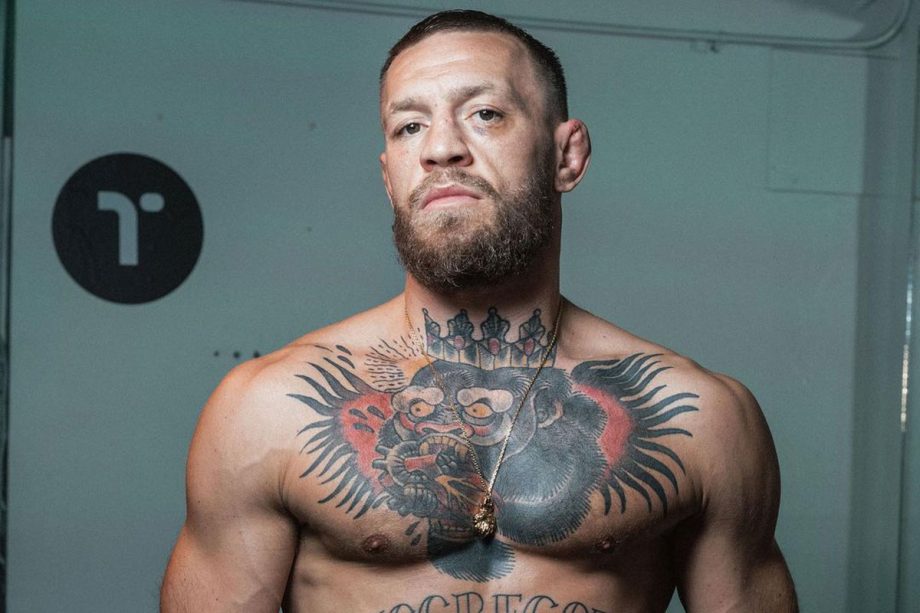 Conor McGregor makes a living out of delivering punches. But recently he appears to have received one. The 32-year-old showed this off last night after an intense late-night workout.

McGregor proudly showed off the bruise to his face in an Instagram post. He had also had a haircut, which he also shared with his 40.4 million followers. He wrote:

“Getting the hair cut at #mycaligym, after an intense late night workout. Demand the best of yourself!”

From “the king is back” to “Ireland stand up we’re about to do it again” many followers appeared excited by the message (if not the ‘call to iron’ part).

Scrolling along the series of images McGregor uploaded to the post, viewers gained a glimpse of some of the exercises he completed during this nocturnal muscle bashing.

Weirdly enough, the sled pushing looks to have taken place on concrete.

McGregor also appears to have done some sparring too (either that same night or a previous one), showing off a black eye. This could be courtesy of his sparring partner Dylan Moran.

For those curious about how the MMA meteorite and trolley throwing fiend is keeping fit in preparation for his upcoming fight (the final joust in his trilogy with Dustin Poirier), he hasn’t been short of fitness content on Instagram lately.

He hasn’t just been cruising for a bruising in a ring. In recent weeks McGregor has shown followers everything from him cruising the streets on a bike to smashing the core workout most men skip to doing some “big pumpin” bench press.

The post Conor McGregor Cruising For A Bruising With Late Night Workout appeared first on DMARGE.