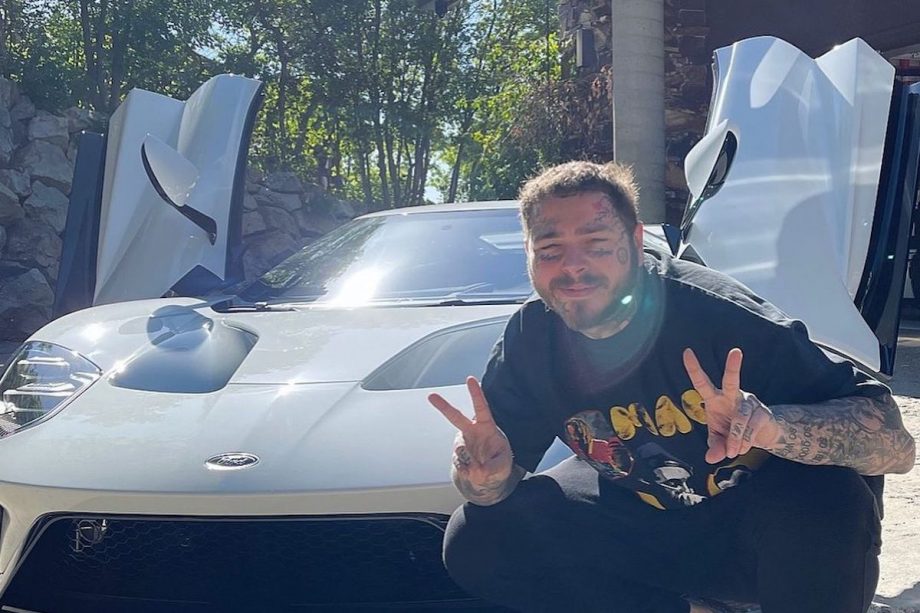 You could argue that Post Malone wouldn’t have the career he has without high-end automobiles.

The music video for his break-out hit single, White Iverson (which currently boasts a healthy 914 million+ views on YouTube) notably features a rented Rolls-Royce Ghost doing doughnuts in a dusty paddock. Since then, he’s become one of the most successful musicians of the 21st century – and has gone from just renting nice cars to buying them. Lots of them.

His taste is eclectic, to say the least: a Rolls-Royce Cullinan Black Badge with a bright yellow interior; a ghostly white Bugatti Chiron and Lamborghini Aventador SV Roadster; he even has a Subaru WRX for when he wants to fly under the radar (relatively speaking, of course).

But he clearly has a taste for American motors – which makes his latest pickup perhaps not so surprising, but respectable nonetheless. Malone (real name Austin Post) took to Instagram yesterday to show off his latest ride: a second-generation Ford GT supercar.

In production since 2016, the second-generation Ford GT, like the first generation (which was only sold for two years between 2005 and 2006), is a tribute to the legendary GT40 race car that won the 24 Hours of Le Mans four times in a row, immortalised by the film Ford v Ferrari.

Unlike the GT40 or the first-gen GT, the current Ford GT is powered not by a V8 but by a 3.5L twin-turbo EcoBoost V6 making 492kW. This decision to go with a V6 was met with skepticism by dyed-in-the-blue Ford fans, and has always made the new GT a somewhat divisive car.

But its supermodel looks and impressive performance are nothing to be sneezed at: a top speed of 348 km/h and a 0-100km/h time of just over 3 seconds make it more than a match for anything out of Europe, much like the original GT40. Posty clearly knows a good thing when he sees it.

His fans are a fan too, with comments ranging from “lemme borrow” and “that’s sick” to “GT stands for good taste”.

Other American monsters in his garage include a Hennessey VelociRaptor 6×6, a fourth-gen Lincoln Continental, a slammed Chevrolet C-10 and a ‘sex spec’ 1992 Ford Explorer with butterfly doors. The Texan does love his domestics.

Automotive YouTuber James “TheStradman” Condon (who you might remember was the genius behind this tank-tread Aventador) recently took a tour around Posty’s garage with his father Rich Post, where they took a look at even more expensive vehicles – check out the video above.