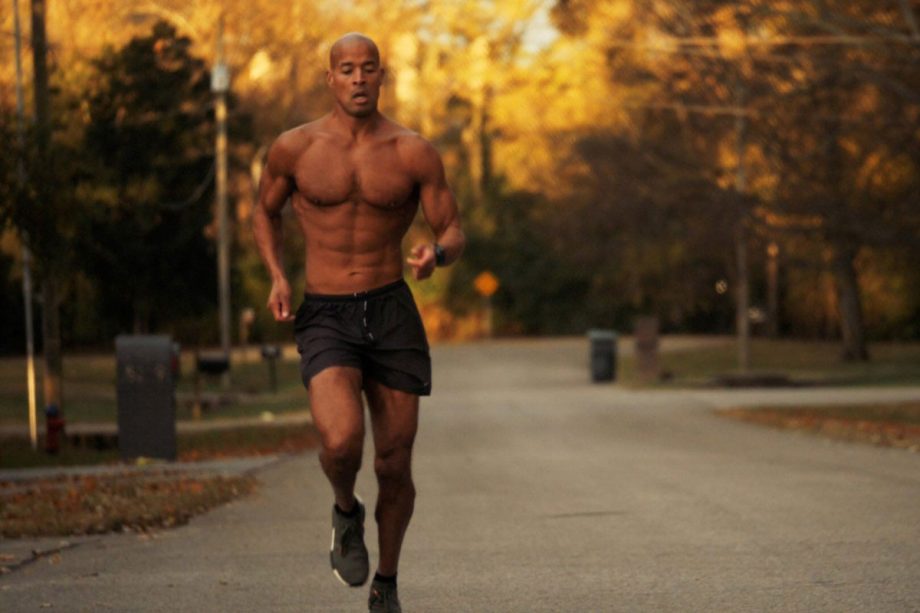 In case you hadn’t already heard (either from the man himself or the hundreds of motivational videos he has inspired), David Goggins is one hard nut. A true champion of the phrase “f*ck people, stay savage” Goggins is a man who believes everyone needs to put in maximum effort if they want to succeed in life.

Case in point: a video he recently shared to his Instagram account that refers to people wanting to achieve big, from putting in as little effort as possible. Whilst walking along a gravel path in an undisclosed location in the US – although, given how many times it appears to show on his Instagram account we imagine it’s somewhere near his home – Goggins tells his followers about a particular training exercise he experienced during his training for the US Navy SEALs

This drill required six people to carry a log/boat on their heads, with the heaviest part of the load being at the front. The weakest people, as he explains, would move themselves to the back of the boat and “duck their head” so as not to hurt their neck. He says the stronger members of the team called this “duck and boat”. He calls these people out for wanting to be part of a team, but not wanting to put the effort in, instead allowing the stronger members to carry them through the drill and to a greater extent, life.

He goes on to caption his post with the following:

“While team[work] is very important, you must first be a good individual with maximum accountability. Make sure when you are pulled from the team and put on the lie detector that you are not the weakest link!”

“Never hide amongst the strongest pillars in your team. Make sure you work your ass off to be one of them!”

It’s certainly a life lesson to live by. If you want to truly succeed in life, you need to put in your own maximum effort in order to get there. Life, unfortunately, isn’t an easy ride, unless you’re Dan Bilzerian. Goggins has spoken to great length about the effort one puts in to achieve their goals, previously writing on Instagram,

“If you want to measure yourself against someone, make sure it is a person who is waking up early and going to bed late… We fill our heads full of bullshit on what hard work looks like… [but] the truth of the matter is that hard work does not look pretty, the effort behind it is sometimes mind-numbing.”

He is the first to admit that his training and teaching methods won’t be for everybody, as it’s perfectly normal for some to travel their life path at their own pace and to their own accord, but ultimately, he suggests we all take a good look at how hard we actually work.

He also says you should take pleasure in doing something others think you are crazy for doing – and allow that to be a driving force.

This is summed up well by a story Goggins tells in the following video.

“One day I was running and this guy passes me in a car… it’s about 100 degrees out here, 70% humidity… and the guy comes back around, looks at me and pulls his car up by me and says: ‘why are you out here?'”

Though many are quick to scoff at Goggins’ extreme philosophy, citing injuries and overwork as negative forces on your overall happiness – and maybe even gains – we’d argue they are missing the point.

Goggins’ videos aren’t there to tell you to run a marathon every day, but to do better on those 1% decisions that are hard to make, but which build up to a more extraordinary life. Like not missing that gym session on a miserable day.

As Goggins would say: “Sometimes your motivation needs to be that no one else wants to do it.”

Not to mention: throwing logic to the wind and doing an impromptu all-night workout (or an ultra-endurance run after smashing a leg day weights session, as Goggins has done) can have incredible motivational value, which is hard to quantify, from the sheer ego boost you get by doing something normal people wouldn’t even dream of (stay tuned as we give this one a try in the coming weeks).

The post David Goggins Shares Fitness Advice That Could Change Your Life appeared first on DMARGE.

Tyler Huntley’s Pro Bowl nod has NFL world calling for cancellation of event: ‘Time to be done with the Pro Bowl’