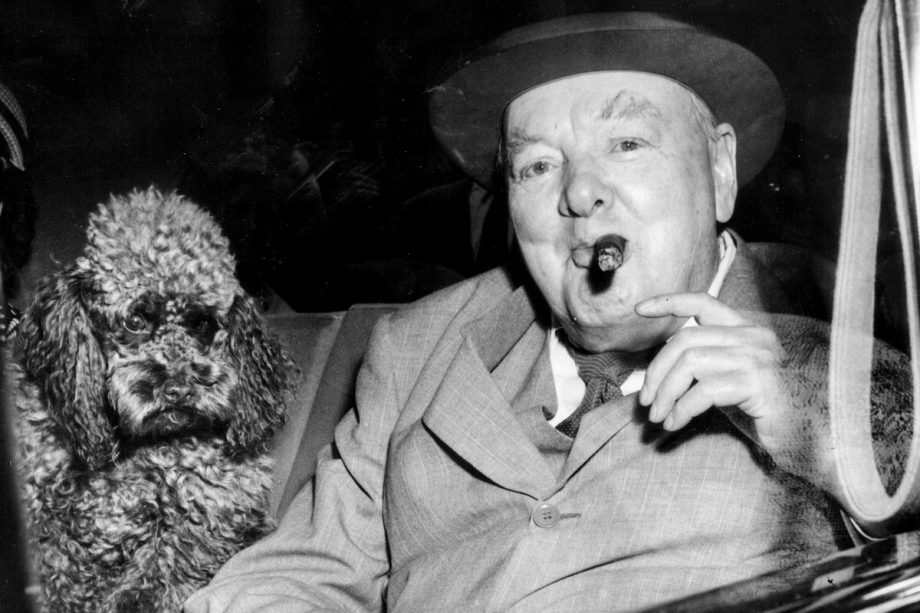 If gaining enlightenment is the goal of every ‘soy boy’, then gaining Winston Churchill’s approval is the wet dream of every “rah-rah” bro insecure in their masculinity.

But not when it comes to nutrition, surely? After all, the man, legend and British wartime leader was larger than life, in every sense. He’s noted for his love for soup, cheese and an incredible amount of booze – often sinking a whisky or brandy no sooner had he got out of bed in the morning. However, despite his penchant for eating and drinking, he lived until the ripe age of 90.

Well, not only did he have profound views whilst serving in British Government, but one 1940 quote, recently shared on social media, also reveals he was perhaps ahead of his time when it came to nutritional advice, and it’s one we think everyone should pause to hear (even if you don’t agree with him). Posted by health hacker Dave Asprey on his Instagram account, Churchill warns of the risks of cutting meat out of your diet and replacing it with carbs, dairy and whole grains.

Though we don’t agree with (earnestly) calling vegetarians ‘soy boys’ (it has elements of blinkered masculinity, for one), we do think it is interesting to listen to the perspective the new age purveyors of the Churchill method (think: bro cult heroes like Joe Rogan, Jordan Peterson, Dave Asprey) bring to the table on this.

“Almost all of the food faddists I have ever known, nut-eaters and the like, have died young after a long period of senile decay. The British solider is far more likely to be right than the scientists. All he cares about is meat…The way to lose the war is to try to force the British public into a diet of milk, oatmeal, potatoes etc,” the Churchill quote reads.

Asprey adds his two cents in the caption too:

“Tag a nut-eater who needs to hear this!”

“Most nuts, but not all, have an excess of inflammatory omega six oil, so going nut-crazy is not going to help you improve. Macadamias and cashews have the best fatty acid ratios.”

“Stick to grass-fed beef, which was essentially all-beef when Winston Churchill said this, and you are going to like your life a lot more than if you go on some weird plant-based artificial bandwagon.”

In today’s world, we’re constantly bombarded with various diets, all claiming to offer you numerous health benefits. The aforementioned carnivore diet, the keto diet, Mediterranean diet and not to mention a vegan diet, to give a few examples, all supposedly give you the nutrients you need as a human being to live your best life, and Winston’s words are certainly more in favour of the argument that humans are indeed biologically built to eat meat. If anything, one of the best diets to adopt (in terms of health, not morals and ecological sustainability) in today’s world is the nutrivore.

And, honing in on Churchill’s use of the phrase “food faddists”, it shines a light on the fact that we shouldn’t be so quick to bandwagon. After all, how many of the abundance of users on Instagram, for example, do you actually fully trust for their nutritional advice? Every man and his sponsor has an opinion today on what we should and shouldn’t eat.

We’re not saying he’s completely right in what he’s saying (and, believe it or not, not every vegetarian subsists off milk, potatoes and oatmeal), but it’s always beneficial to hear every side before we come to our own conclusions. The idea is not: “Oh, I should switch to Asprey’s keto diet now” or “I should try Joe Rogan’s carnivore diet experiment now that it fits with a quote from an old Prime Minister” but rather – don’t follow fads and think (and experiment) for yourself.

After all, despite the claims that you can become just as strong through weight-training whilst on a plant-based diet, it doesn’t come without its own consequences. Harvard Health Publishing cited a British study that did find a 20% higher risk of stroke amongst vegetarians, although the study was only an observational one, so its findings should be taken with a tiny dosage of salt.

Adopting a vegan or vegetarian diet is no doubt a good thing for the planet and the environment, but as with any diet, it’s not without its compromises. Ultimately, as most health professionals would agree, you should listen to your body. If something doesn’t agree with you, or you notice any health-related symptoms, seek help from a qualified nutritionist.