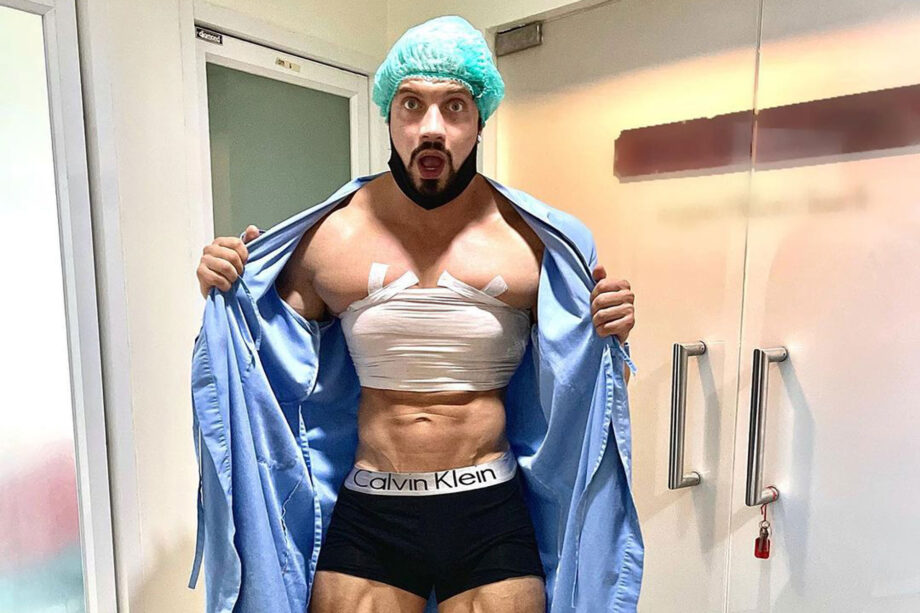 Jo Lindner is a fitness phenomenon many look to for gym motivation. He has shown us how to get massive chest gains, as well as how ripped we could be if we actually committed to the gym. He’s also shared six pack secrets and calf training tricks, which are super helpful.

He also recently, it seems, had to undergo surgery as a result of gynecomastia, a condition which can be brought on by the use of steroids, and which is typically caused by an imbalance between the sex hormones testosterone and oestrogen.

While Lindner has been quite open about his history of steroid use (he has said he took them when he was younger without really knowing what he was doing, experienced very negative effects, and warned against their use) it is unknown if the gynecomastia is a result of his past activities coming back to bite him, or whether it is caused by something more recent (Lindner has also admitted to, even in recent times and after learning the harsh lessons of steroid abuse in the past, continuing to supplement his testosterone to keep it towards “the higher end of normal”).

Whatever the reason, he took to Instagram in August, with trademark honesty, to show followers what he’s been up to, and sharing with them an image of him about to go in for “gyno” surgery.

“Had to do sort out the gyno thing 😭 road to recovery again . It will take while be Joesthetics again but thanks for everyone,” he captioned the post.

A couple of weeks later he then shared an update post, showing how he was progressing after the surgery, writing: “Hja bro I’m also just a normal person. Who has good and bad times. Sharing both sides with you here my friends 🙏🏾 it will take some time & it’s gonna be a good challenge for myself.”

As DMARGE reported in January, Jo admits when he first approached steroids, he had no idea what he was doing and simply followed the advice of those around him. This proved to be a mistake, and he developed gynecomastia – an enlargement of breast tissue – along with “burning nipples.”

He doesn’t advocate for steroids, but says, if you are going to take them, at least do it properly.

“If you already take stuff [why would you not use it properly] if you want to [build a better physique]?. It’s like in school, they’re gonna put you immediately to the final exams and say here, maybe you study before you do all this and you study this, this and this and you learn and then you understand and then when you do the test you’re like ‘I know the answers,’” Jo said in a Youtube video.

“Instead of just doing like me in school, not learning anything, going into the exams and sitting there like *blank expression.*”

“You need to get proper knowledge, educate yourself, and when you really feel like you know, ‘I want to do this’, then go for it.”

“But don’t just go for the quick fast results kind of thing, you know.”

Read more about the risks of steroid use here.

Learn how to work out your upper body and lower body like Jo Lindner in the video below.

The 7 Best Shower Beers To Always Keep in Your Fridge

I Took A 1,000km Road Trip Across The UK In An Electric Car. That Could Never Happen In Australia