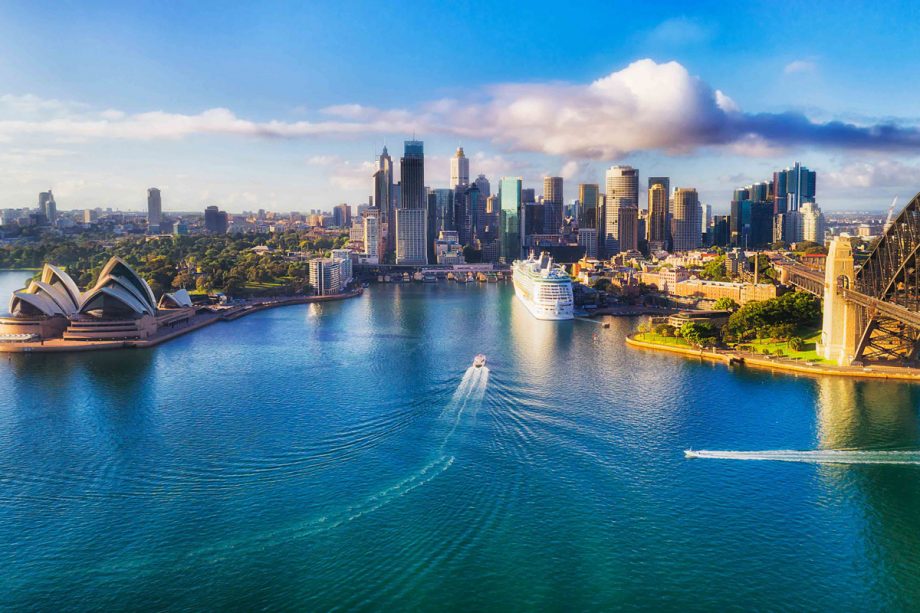 There has been a lot of noise surrounding Australia’s vaccine situation. From your local silver foxes and vixens proudly posting ‘prick pics’ to Facebook (not that kind) to your local politicians defending the slow nature of the rollout (or criticising it, depending on your electorate), to conspiracy theorists babbling about Bill Gates’ plan to rule the world via an incredibly inefficient distribution program… it’s been a whirlwind year and a half.

But now, as we start to realise getting vaccine rates up is key to allowing people other than Scott Morrison to make ancestral trips overseas, business people back to drinking champagne at exotic conferences, influencers back sipping cocktails abroad and international students to once again come and prop up our universities, we are realising we probably ought to speed things up.

As The New York Times wrote in its weekly newsletter on June the 17th, “Australia and so many of the countries in Asia that led the world in containing the coronavirus are now stuck languishing in the race to put it behind them.”

Unfortunately, this is proving difficult as we were relatively slow, compared to many other countries, to secure vaccine deals. On top of that, the main vaccine we have secured access to (the AstraZeneca vaccine) has suffered some hiccups around public messaging.

A leading health expert recently told Weekend Today that there has been a “great failure in the procurement and supply” of vaccines in Australia. 9News reports that these comments come amid “reports of bungles in distribution leading to vaccines going to waste, while other distributors are unable to meet their demand.”

The expert – adjunct Professor at UNSW and Strategic Health Consultant, Professor Bill Bowtell – also told Weekend Today that since the announcement that the AstraZeneca vaccine was no longer recommended for Australians under 60s, the rate of those getting the jab has fallen “just at the time when we need the vaccine rate to be going up,” 9News reports.

“Unfortunately we’re seeing very low vaccination rates. The rate has fallen in the last few days since the change in advice.”

“We’ve got this dangerous Delta variant coming in through the airport that we saw the other day in Sydney. This is very serious,” he added.

Bowtell also said: “We’ve got a real lack of confidence in what’s been said by the various authorities” and that he thinks “that’s increasing vaccine hesitancy.”

“The problem is one of supply. Of course, the best thing would be if we could have a vaccination rate that was remotely similar to the vaccination rates now in the UK, the US, Canada, Spain and so on, but we don’t.”

The latest statistics from The New York Times’ vaccine tracker paint a picture much in need of improvement.

Last updated at the time of writing (June the 22nd), the tracker shows that Australia has a puny percentage of fully vaccinated people when compared to other countries’.

As was pointed out on the ABC’s Q&A program in May, Australia had at the time vaccinated roughly 1.7% of its population against COVID-19. That paled in comparison to the United States’ 40% and even lesser developed nations like Kazakstan’s 5% vaccination rates, as they stood at the time.

One positive sign is that 22% of Australians have had one jab. So – barring a sudden change of heart – we should soon see that fully vaccinated 3.4% start climbing. The bad news? With only 22% having had one jab, we’re not going to see much more than 22% of people fully vaccinated at least for the next couple of months.

For the full breakdown in national vaccine rates, head on over to The New York Times.

Jumping back to Australia, a recent ABC article cleared up a few misconceptions around Australia’s response to COVID, and vaccine rollout, which we think are worth re-iterating.

On Friday the 4th of June the ABC wrote that Australia is “underperforming” when it comes to the vaccine rollout when you compare us to the global average, sitting at around number 113 in the world on May the 26th.

However, that statistic, which has come under the microscope since Labor’s spokesman for Health, Mark Butler brought it up on the ABC’s RN Breakfast program on May the 26th (and then Tweeted about it), does not quite give a full picture of how fully vaccinated a population is, given some vaccines require two shots to work, while others just need one prick of the needle, the ABC reports.

Australia is ranked 113th in the world in the vaccine rollout. Scott Morrison said we were at the ‘front of the queue’ but we’re so far back we can’t even see the front of the queue. pic.twitter.com/oboqCrZQWh

As the ABC reports, “According to Our World in Data, Australia ranked 105th when it came to the share of the population who had received at least one vaccine dose.”

“As for the share of the population who had been fully vaccinated, Australia – which had fully vaccinated just under 2 per cent of people at the time of Mr Butler’s claim – ranked 124th.”

“Recent data from Johns Hopkins University, meanwhile, puts Australia in 84th place when it comes to the percentage of the population that is fully vaccinated.”

“With close to 500,000 people having had both jabs, Johns Hopkins rates Australia’s vaccination effort as being below the global average” (ABC).

In other words: we’re not doing quite as badly as 113th anymore, but we’re still performing “below the global average.”

The ABC has also debunked the myth that 210 Australians have died as a result of getting vaccinated, a claim that has been shared on social media.

According to the TGA report, “the 210 deaths in question occurred ‘following immunisation’, not necessarily as a direct result of it,” (ABC).

“The April death of a 48-year-old woman, who died in hospital after developing thrombosis with thrombocytopenia syndrome (TTS), is the only death which has been linked to COVID-19 vaccines in Australia.”

The ABC also shared a quote from the TGA’s latest safety report: “Apart from the single Australian case in which death was linked to TTS, COVID-19 vaccines have not been found to cause death.”

The ABC also pointed out that the TGA “uses its adverse event-reporting system to closely monitor reports of death following COVID-19 vaccination.”

Some argue what Australia is missing right now is the same level of diligence and enthusiasm about getting vaccinated as we have about contact tracing, getting tested and isolating.

The New York Times’ Sydney bureau chief Damien Cave made this argument on June the 17th in The Australia Letter, talking about his family’s experience of being caught up in Sydney’s latest COVID outbreak.

“The good news is that Australia (at the state level) has become extremely sharp when it comes to outbreak management,” Cave wrote. “I was able to get tested late Wednesday night in a suburb of Canberra, and my negative result arrived a few hours later with a text message at 3:07 a.m.”

“In Sydney, my wife’s visit to a busy pop-up clinic had her in and out in record time.”

“The health workers we called to report ourselves as potential contacts were also polite and reasonable. They all seemed to have the same matter-of-fact tone of Gladys Berejiklian, the New South Wales premier, tamping down panic while pleading for patience.”

But then an interaction Cave had with a contract tracer called Andrew opened his eyes to, in his view, Australia’s problem.

“But at one point, while talking to Andrew, the friendly and thorough contact tracer in New South Wales whom my wife and I both spoke to Wednesday night, I started to see the problem,” Cave wrote. “It was when he asked me if I had been vaccinated.”

“What I immediately thought (but did not say) was that I could have had a shot sooner. Because of an error with the state’s online registration process that had allowed anyone to sign up, I’d made an earlier appointment before I was technically eligible. I canceled a few minutes later. It didn’t feel right.”

“I’d given up my spot (which would have made me fully vaccinated by now) for the same reason I was talking to Andrew: I wanted to do my part, to keep the system fair, to serve that same collective spirit that made Australia do so well with Covid’s first phase.”

“Andrew seemed to share that ‘mateship’ ethos. He told me, with the cheer of a music lover who had just scored concert tickets, that he had just gotten an AstraZeneca jab. He was quite happy to hear that I had signed up for a vaccination of my own, in my case, the Pfizer shot.”

“He was so happy in fact that it made me realize what was missing from the public debate. Enthusiasm for the promise of a vaccinated community – that’s what he exuded.”

“It’s what animated our conversation even at 10:30 p.m., and it is what Australian officials, from the prime minister on down, have somehow lost the ability to conjure up.”

“Where are the officials and celebrities, I wondered, rallying ‘Team Australia,’ asking everyone to pitch in by embracing vaccinations? Where is the cheer squad shouting ‘how great is this,’ crowing about how vaccines can bring countries and the world back together?”

A question we all need to answer. Maybe we shouldn’t be mocking those silver foxes after all?

Japan’s departure from 2022 World Cup against Croatia was brutal, but their time in Qatar was something to see

Portugal vs. Switzerland World Cup lineup, starting 11 for Round of 16 match at Qatar 2022

How automotive batteries are being turned into solar power storage