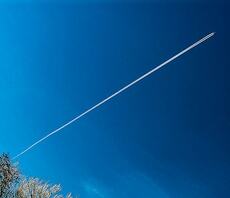 Over 4.2 million people die as a result of air pollution every year, but governments are still spending more supporting fossil fuel projects than they are tackling dirty air

Projects tackling air pollution receive less than one per cent of global aid spending, a new report from Clean Air Fund has revealed.

The State of Global Air Quality Funding 2021 report, published today to coincide with the UN’s International Day of Clean Air for blue skies, offers an overview of projects that tackle air pollution and have been funded by donor governments or philanthropic organisations.

The report found that governments and charities spent a total of $5.72bn dollars on projects tackling air pollution between 2015 and 2020, which Clean Air Fund warns is not enough to beat the problem that causes 4.2 million deaths every year and a 153 per cent increase in deaths in aid recipient countries in the past 30 years.

The report further reveals that governments have spent 21 per cent more of development funding on projects that prolong fossil fuel usage, spending $1.5bn on these projects in 2019 and 2020 compared to $1.24bn on projects which have a primary target of reducing air pollution.

“Governments are investing more aid in prolonging fossil fuel use than in protecting the 9 out of 10 of us breathing harmful and dirty air right now,” said Jane Burston, executive director and founder of Clean Air Fund. “With public health such a huge global priority and the world waking up to the scale of the climate challenge, this makes no sense at all. The good news is it can quickly change. We urgently need more funding, stronger targets and better collaboration to deliver clean air, for all our sakes.”

Philanthropic funding to clean air projects increased by 17 per cent in 2020 to $44.7m, the report reveals, although this still only amounts to 0.1 per cent of grants worldwide. The Clean Air Fund is calling on collaboration between governments and philanthropic organisations to put more money into funding clean air projects.

The report was published just days after a UN Environment Programme report revealed that one in three countries have no legal limits on air pollution, and those that do have limits in place often fail to meet World Health Organisation guidelines.

Responding to the new reports, Antonio Guterres, secretary general of the UN, reiterated calls for a shift away from fossil fuels to both limit global warming and tackle air pollution. “There must be no new coal plants built after 2021,” he said. “OECD countries must phase out existing coal by 2030, with all others following suit by 2040. Countries should also end all new fossil fuel exploration and production, and shift fossil fuel subsidies into renewable energy.”