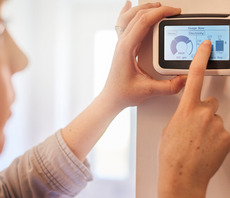 Project from BT and Hubbub concludes households could save almost a £1,000 a year through simple technologies and behaviour changes

With reports this morning again stoking fears about the potential impact of climate policies on the cost of living, a timely new report from BT and Hubbub has revealed how simple behaviour changes and the use of ‘smart technologies’ can slash household costs and carbon emissions.

The tech giant teamed up with the environmental charity to assess how a group of over 60 households could be encouraged to undertake simple measures to curb their carbon footprint.

Dubbed the Smarter Living Challenge, the initiative found that participants could cut their energy bills by almost £1,000 a year, while also reducing their annual carbon footprint by 1.7 tonnes of CO2 through the adoption of relatively low cost changes, such as taking shorter showers or ensuring lights are switched off.

Hubbub undertook the project with the group of volunteer households over the course of three months, as it looked to assess the impact of different approaches to living more sustainably at home. Participants were set regular challenges and supported with help and advice from experts to help them reduce their heating and hot water usage; manage their power and lighting; and reduce food waste. The project also worked to identify where technology could be used to maximise the impact of behaviour changes or make them easier to carry out.

Fifty-five households completed the challenge with a total of 448 actions taken to try and reduce carbon emissions. The results were then assessed by independent carbon footprint calculation specialists Giki, which found that if households were to use the methods that were shown to be effective through the trial, they could save up to £938 on their annual bills and reduce carbon emissions by 1.7 tonnes.

The report concluded that seven small, low cost but high-impact actions were particularly effective, including taking shorter showers; making sure that appliances are switched to ‘off’ and not ‘standby’; switching to a renewable energy provider; turning thermostats down one degree; cycling or walking for shorter journeys; proactively reducing food waste; and repairing old tech products.

The report calculated that if all UK households took these steps, it would achieve 6.6 per cent of the emissions reduction needed to meet the UK’s goal of delivering net zero emissions by 2050.

A deeper focus of the challenge was to investigate which technologies could be utilised to aid emission reduction efforts and support the proposed lifestyle changes. As such, the study trialled the use of technologies such as smart lighting systems to automatically reduce energy use and smart speakers to aid meal planning.

It found that technologies could help deliver deeper emissions savings, but costs could remain a barrier to adoption with the average smart home heating control, for example, costing £200.

However, Gavin Ellis, director and co-founder at Hubbub, insisted many low cost emissions savings technologies and techniques were now widely available. “The trial showed that tech alone isn’t the silver bullet to household carbon emissions, but when applied alongside more conventional non-tech actions and behaviours it proved to be highly effective and more than three quarters of participants say they plan to stick with the changes they’ve made,” he said. “Technology was often the enabler for people to make changes, and while some of the available technology is expensive, we found many free or entry-level options which every household could benefit from. Taking part helped households to save time and money, as well as gaining greater control of their homes.”

Overall, 76 per cent of the households in the trial said they planned to stick to the changes they had made after the challenge was completed.

Andy Wales, chief digital impact and sustainability officer at BT, said the company was working to support the roll out technologies that can help to save emissions in the home, as part of its wider net zero strategy.

“With a customer base of 30 million households, BT is well placed to help consumers cut their carbon footprint, and through our technology and networks, we’ll help to underpin the innovative solutions needed to become a net zero carbon economy,” he said. “The Smarter Living Challenge has shown that UK households have an important part to play in fighting climate change, and when combined, small sustainable lifestyle changes can make a big difference. Over the coming months we’ll be stepping up our efforts to help support, educate and empower our customers to take action.”