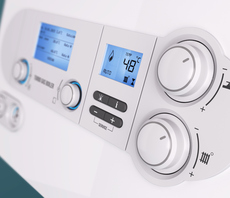 All subsidies for heating systems that undermine the UK’s climate goals must come to an end, analysts warn

The government risks undermining its own building decarbonisation agenda if it moves ahead with proposals to subsidise tens of thousands of new gas boilers in low-income homes between now and 2026, experts have warned.

Official documents published by the Department for Business, Energy and Industrial Strategy (BEIS) this summer suggest the next phase of the government’s Energy Company Obligation (ECO) scheme, which provides low-income households with financial help to improve the energy efficiency of their homes, could see new gas boilers installed in 20,000 homes.

The move has been branded as “wasteful and baffling” by clean energy experts, who today warned the proposals run counter to the government’s ongoing drive to encourage a mass switch from gas boilers to low carbon heating systems to help meet its climate goals.

Domestic heating is responsible for roughly 14 per cent of the UK’s overall emissions and as such experts have argued weaning the UK’s 29 million homes off fossil fuel heating should be a major priority for the net zero transition. The government is expected to outline how it intends to meet this challenge in the long-awaited Heat and Buildings Strategy, which is anticipated this autumn after multiple delays. It is set to include details on how the government intends to subsidise and incentivise the roll out of electric heat pumps and other low carbon heating systems that are crucial to reducing the climate impacts of domestic properties.

But a recently launched consultation document on the ECO scheme for the period from 2022 to 2026 suggests the government also intends to use taxpayer money to finance the installation of thousands of carbon-emitting fossil boilers around the country.

The pathway singled out in the plans by BEIS’ as the ‘preferred option’ would see the ECO scheme – which is paid for through surcharges on bills – fund the installation of “first time gas central heating” in 20,000 homes and the repair or replacement of a further 25,000 heating systems.

Jess Ralston, an analyst at the Energy, Climate and Intelligence Unit (ECIU) think tank, said the plans would see some of the poorest in society locked into expensive and unhealthy heating systems for years to come.

“It’s wasteful and baffling when it’s clear that a clean heating revolution is just around the corner and gas prices are rocketing,” she said.

Ralston said all social housing energy efficiency schemes should stop supporting fossil fuel boilers that have to be phased out if emissions goals are to be met. “Making this the norm – instead of continuing to rely on outdated, unhealthy and inefficient technology – would help boost the government credentials on green homes while placing households suffering from fuel poverty in prime position for Britain’s cleaner, healthier heating future,” she said.

Dr Jan Rosenow, Europe director at the Regulatory Assistance Project, a clean energy non-profit, said the plans were “incompatible” with the UK’s climate goals and similarly called on the government to stop all subsidies of fossil fuel heating.

“Rather than subsidising gas boilers we urgently need a policy to support the transition to clean heating,” he said. “Other countries have stopped funding new fossil heating systems through public programmes. The UK should lead by example a few months before the world will gather in Glasgow to hold climate talks.”

In response, a government spokesperson said it would make “no apology” for supplying low-income households with gas boilers in the term.

“While we remain committed to transitioning away from gas boilers over the next 15 years, we make no apology for supporting low-income households in the short term to replace a limited number of the most inefficient gas boilers, thereby cutting energy bills and CO2 emissions,” they said. “The majority of the 3.3 million measures installed under the energy company obligation so far are insulation measures, and we expect that to continue in the future.”

The criticism of the government’s plans comes as Octopus Energy announced it is to provide its smart energy tariffs to households that purchase smart energy systems, storage and renewable technologies from Welsh company Sero, which specialises in providing clean technologies.

The partnership announced between the two firms earlier this week will allow households equipped with Sero technologies to benefit from dynamic pricing based on half-hourly costs of wholesale energy, enabling them to use energy at times when it is cheaper and cleaner.

The partners said the smart tariffs would “integrate seamlessly” into Sero’s systems and would enable customers to choose their daily comfort settings, for instance how warm they want their house to be at different times of the day.

“Sero are creating the houses of the future, right now, and we are thrilled to be powering them with our smart green energy tariffs,” said Rebecca Dibb-Simkin, CEO of Octopus Energy. “We all know that gas boilers don’t have a place in a net zero world – the houses of the future have heat pumps to keep us warm, chargers to power up our cars, rooftop solar panels to generate green electricity when it’s abundant, and batteries to store it and it’s exciting to see Sero bringing these to life.”