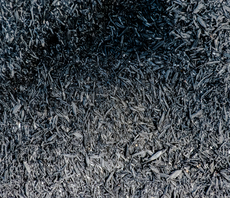 A trio of tech companies – Microsoft, Shopify and Stripe – has been remarkably forthcoming about how it is picking and investing directly in carbon removal projects.

Microsoft published a 33-page white paper in January, Shopify just released an even heftier playbook for others to emulate and Stripe is sharing on Github not only its purchase agreements but also templates to help other companies launch their own evaluation process.

There is much to learn from all three about the evaluation and contracting process. I’ve also been looking into the wide range of methods each is supporting – all are supporting several companies, including bioenergy firm Charm Industrial and direct air capture pioneer Climeworks. But the materials underscore just how much entrepreneurial activity there is among carbon removal startups. They also made me wonder about a method that’s starting to capture more attention (so to speak), biochar.

Officially speaking, biochar is charcoal. Technically speaking, it’s made by decomposing biomass – from agricultural or forestry waste – at very high temperatures in the absence of oxygen. The concept isn’t new: Farmers have used biochar to improve soil health for many years. The U.S. market was relatively small as of 2019, at slightly less than $100m annually. But revenue is expected to grow at a compound annual growth rate of about 19 per cent between 2020 and 2027.

So it’s not surprising that both Shopify and Microsoft support biochar in their carbon removal portfolios – if only in a limited way at this point. Both are supporting projects by Australian firm Echo2, which uses urban green waste, plantation forest residues and wood waste from crops and construction as a feedstock; and Finland’s Carbofex, which is producing biochar using a combined heat and power system and turning it into materials for water filtration and horticulture. Microsoft is also investing in a project from Germany’s Carbon Cycle, while Shopify is also working with Ecoera, from Sweden,

Stacy Kauk, director of the sustainability fund at Shopify, described biochar as a versatile method of carbon removal – because it can be used for applications such as improving soil health or filtering wastewater, with clean energy as a byproduct of the production process. “Having multiple revenue streams allows biochar to be one of the lowest-cost engineered carbon removal solutions out there (around $100 per tonne), where the carbon dioxide is coming from the atmosphere and being stored long term (100-plus years),” she wrote in an email.

While individual projects may not have “gigatonne potential,” in aggregate the sector has much to contribute, Kauk suggested. Echo2, for example, claims to remove 2.88 metric tons of CO2 per metric ton of product, and keep them stored for centuries. (Microsoft has contracted for 600 years of durability.)

Marianne Tikannen, co-founder of carbon projects marketplace Puro.earth, recently acquired by Nasdaq, said the permanence of biochar projects – “hundreds of years when done right” – is just one part of their appeal.

Depending on where a project is – potentially just about anywhere – it can carry a number of co-benefits. “Context matters,” Tikannen told me. For example, one of the biochar developers in its marketplace, Oregon Biochar, touts its role in forestry management, helping clear materials that could fuel wildfires. “Sometimes there is a need to clear or get rid of biomass,” she noted. Other benefits include improvements to water quality or soil health, where biochar is used as an additive.

Of course, there are downsides and tradeoffs (you knew there were). One of the biggest gating factors is that it could take a whole lot of thermal energy,  ranging from 300 degrees to 1,000 degrees Celsius depending on the process, and a very controlled environment (preferably with zero oxygen) to create the material. And, as mentioned earlier, there isn’t a whole lot of existing capacity, although that’s changing: Suez Energy, for example, in early June announced plans to industrialize a production approach from Canadian company Airex Energy, which is turning sawmill by-products into several products including wood flour, biocoal, biocoke and biochar.

Is biochar part of your carbon removal strategy? Tell me more at heather@greenbiz.com.

This article first appeared at GreenBiz.com