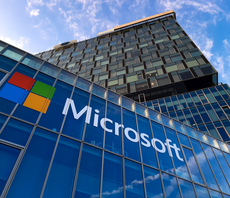 Microsoft has been unveiled as the latest ‘Principal Partner’ for November’s UN climate change summit in Glasgow, bringing the total number of lead corporate sponsors for the vital talks to 10.

The government said it was committed to working with businesses that are “taking real steps towards net zero” as part of the talks, pointing to Microsoft’s pledge to become a ‘carbon negative’ organisation by 2030 and remove from the environment all the carbon it has emitted since its founding by mid-century.

COP26 President Alok Sharma welcomed Microsoft’s support of the event, arguing that businesses would have a “key role” in ensuring the talks were a success.

“I am delighted to welcome Microsoft as a Principal Partner of COP26,” he said. “Tackling climate change is one of the greatest and most urgent challenges we face, and companies like Microsoft are helping to create the technology the world needs to reduce our own impact on the environment.”

Microsoft president Brad Smith emphasised that technology would play an important role in advancing a low-carbon economy over the years to come. “Through Microsoft’s partnership with COP26, we look forward to engaging across public and private sectors to establish the conditions, measurement and markets that can help us all accelerate progress in the fight against climate change,” he said.

However, questions remain over the precise role businesses and civil society groups will be able to play in the talks, with the government facing growing calls to clarify how it will stage the Summit in a ‘covid secure’ fashion given differing vaccination rates around the world and the fact many of the delegates due to attend the meeting are from countries that continue to face stringent travel restrictions. The government has repeatedly stressed that it wants to stage a physical Summit, but there has been speculation that some elements of the meeting could be scaled back.

The news of Microsoft’s involvement in the Summit comes as activist shareholders at the company announced they had submitted a resolution demanding the tech giant analyse the benefits of making the devices it sells more easily repairable by improving customer access to tools, spare parts, and repair instructions.

Kelly McBee, waste programme coordinator at activist shareholder group As You Sow, argued that Microsoft’s claim to be a leader on climate and environmental action was undermined by its decision to offer customers limited access to device repairability.

“To take genuine action on sustainability and ease pressure on extraction of limited resources including precious metals, the company must extend the useful life of its devices by facilitating widespread access to repair,” she said.

The intervention comes as lawmakers around the world are increasingly considering regulation that would mandate that manufacturers provide spare parts and maintenance information to consumers, with the UK set to introduce its on ‘right to repair law’ this summer.