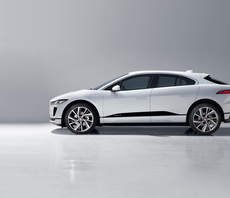 World leaders and senior delegates attending the COP26 Climate Summit this autumn can expect to be ferried around Glasgow in an electric vehicle (EV), the government has revealed.

In a statement yesterday afternoon, the Cabinet Office confirmed Jaguar Land Rover is to provide a fleet of its EVs for use by world leaders and delegates at the Glasgow Summit.

All vehicles transporting delegates would be sourced from existing fleets in a bid to reduce the carbon footprint of the operation, the government said.

“Jaguar Land Rover is an iconic British brand with a proven track record,” said COP26 President Alok Sharma.”They are showing climate leadership in their field with award winning electric vehicles, and I am delighted these will be used by world leaders in Glasgow.”

The British carmaker has committed to a 1.5C-aligned science-based climate target and has pledged to achieve zero tailpipe emissions by 2036, before achieving net zero across its supply chain, products, and operations three years later.

“We are delighted to partner with COP26 and provide a fleet of all-electric vehicles, including Jaguar I-PACE performance SUVs, to deliver zero-emission transport at the summit,” he said. “Sustainability is at the core of our business strategy, Reimagine, which enables us to focus on becoming net carbon zero by 2039, as the creator of the world’s most desirable modern luxury vehicles.”